Manila, Philippines, March 6, 2015 – The draw was conducted for the Asian Women’s U23 Volleyball Championship, finalising the pool composition for the first-ever women’s U23 age-group competition in the region on Friday.

The results of the Asian Women’s U20 Championship became the basis for the seeding, which saw hosts Philippines, champions China, runners-up Japan, and bronze medallists Korea on top of Pools A, B, C and D respectively.

Other seeded teams are Kazakhstan in Pool A, India in Pool B, Chinese Taipei in Pool C, and Thailand in Pool D.

Completing the pool composition are Iran, which will be pitted against hosts Philippines in the opening match on May 1 in Pool A, Eastern zone team Macau in Pool B,  Central Zone teams Maldives and Uzbekistan in Pools C and D respectively.

The draw heralded the Philippines’ commitment to host and participate in another high-level competition in the region.

“The challenge becomes hopeful and optimistic with the kind of guidance of a number of dedicated individuals and institutions,” he added.

Meanwhile, Mr Shanrit threw in his support in this active endeavour by the national federation.

“The Philippines was one of the best teams in Southeast Asia,” Shanrit said. “I know that the Philippines, with their cooperation and active participation in the events of the AVC, will get back on the right track and they will be able to compete in more international competitions.”

“The hosting of the women’s U23 championship will be one of the most significant activities that the Philippines will be doing this year,” the AVC Sports Events Committee Chairman added.

The women’s U23 championship will be held from May 1 to 9 in the Philippine capital, where the top two teams of this continental competition will clinch berths to test their mettle in the FIVB Women’s U23 World Championship in Ankara, Turkey from August 12 to 19.

The AVC’s efforts to conduct the event is in line with the objective of the FIVB to provide another opportunity for age-group players to participate in international competitions with the goal of reducing the gap between the U23 and senior-level volleyball. 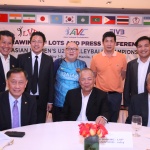 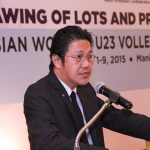 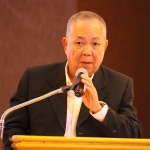 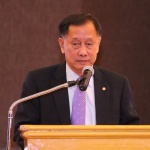 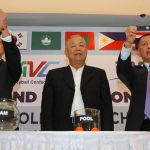 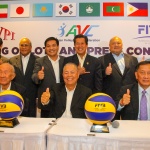 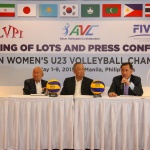