Bangkok, Thailand, March 4, 2015 – The AVC Beach Volleyball Council Chairman Madam Rita Subowo has urged all the affiliated members to take a bigger role in both competing and hosting tournaments.

In her opening remark, Madam Rita congratulated Bangkok to be chosen as the new location for the AVC Headquarters, citing that beach volleyball is a special event for Asia and the Asian players such as those from China and Vanuatu have fared well in their qualification process for the next year’s Olympic Games in Brazil.

Before proceeding to the next item on the agenda, Madam Rita informed that Indonesia will host the 18th Asian Games in 2018 and it has already been confirmed that both Asiad indoor and beach volleyball competitions will take place in Jakarta from August 8 to 18, 2018. For her country to make the Games a success, she asked for supports from AVC and the affiliated members.

Commenting on competitions, MrYu Cao said that the Asian standard for hosting beach volleyball tournaments are still a far cry from the global standards. He urged host countries of various tournaments to pay more attention to improvement in order that they will meet the global standards in the near future. More importantly, this will help improve on the marketing campaign of AVC beach volleyball activities.

Madam Rita expressed her concerns about the Asian countries’ less attention to participation.

“I think this is an opportunity of the affiliated members and those from Oceania in particular to take part in more competitions. They should pay more attention to participation because their teams can obtain accumulating points only by competing. If they gain points, they can improve their rankings for future participation in more important tournaments. Tournament informations should be thoroughly circulated to all our member countries,” she said.

At the same time, the meeting was informed that so far only four countries will host six Asian Tour events including Thailand, which will hold the annual Khanom and Samila Asian Tour events in April. The other three nations comprised Vietnam. Indonesia and Hong Kong.

AVC’s Secretary-General Mr Shanrit Wongprasert suggested that the Beach Volleyball Council propose the confirmed host countries to the AVC Board of Administration and fix the schedule for this year’s AVC Beach Volleyball Continental Cup Zonal Championship because the host nations have yet been decided in some zones including the Central Asia and Oceania.

Madam Rita, responding to Mr Yu Cao’s introduction to staging underage tournaments consisting of U17, U19 and U21, said, “It’s a difficult mission in terms of promotion and sponsorship. However, we (the council) will propose the status of the AVC Underage Championship to the FIVB. This is to inform them about the less possibility of hosting these underage events this year. Actually, as the indoor volleyball has the club championship, it’s interesting to hold club beach volleyball championship in a not too-distant future.”

Confirmation has also been made for the four qualified teams (federations) to the FIVB Beach Volleyball World Championships in the Netherlands from June 26 to July 5 this year. However, those teams have been requested to submit names of their players within March 18.

“We should work together with the host nations in an effort of including beach volleyball, which is an Olympic sport, in major tournaments. Singapore, the host for this year’s Southeast Asian (SEA) Games in coming June, denied the inclusion of beach volleyball into the Games competition. With the sport not included in regional competitions, how can development genuinely take shape,” the Council Chairman continued.

To make more impact on the AVC beach volleyball activities, Mr Yu Cao suggested that the AVC step in to decide if the Asian Beach Volleyball Championships should be held annually or biennially, while the quality should be the top priority to be taken for consideration rather than the quantity of teams when it comes in terms of the category of the Masters.

Madam Rita concluded that due to the time difference of each zone among the AVC affiliated members, the fixed schedule from the FIVB should be the similar principle standard that they will learn about the deadline, terms and conditions of tournaments to be hosted. 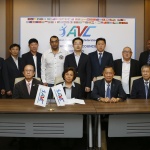 Members of the AVC Beach Volleyball Council chaired by Madam Rita Subowo pose in a group photo during the council meeting at the Dusit Princess Srinakarin Hotel in Bangkok, Thailand on Wednesday. 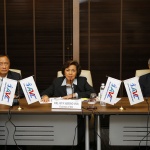 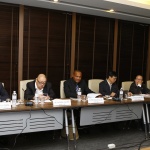 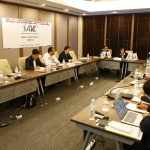 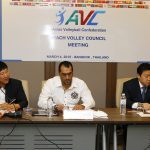 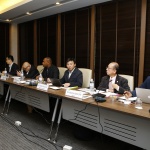 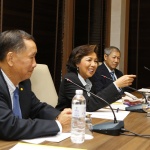 Madam Rita Subowo, chairman of the AVC Beach Volleyball Council, discusses with the council members during the meeting on Wednesday.