Bangkok, Thailand, February 28, 2015 – The AVC Development and Marketing Committee will kick off the first AVC Media Seminar in Manila, the Philippines from May 7 to 9 following the recent meeting at Dusit Princess Srinakarin Hotel in Bangkok.

The campaign has been initiated in line with the AVC DMC’s policy to encourage all the affiliated members to get involved in actively promoting volleyball at a grassroots level aside from raising their development activities in accordance with the FIVB Development Commission. The AVC DMC Chairman Mr Ramon Suzara quoted the FIVB President Dr Ary Graca as saying that the most important commission in FIVB is the Development Commission, while development is also the President’s first goal to see volleyball grow its popularity globally and its market.

Mr Shanrit gave a welcome remark to the meeting, citing that since the AVC Headquarters was shifted to Bangkok, this is the first year that more than half of the AVC’s affiliated member countries have confirmed their participation in six AVC competitions due to take place later this year including the Asian Women’s U23 Volleyball Championship in Manila, the Philippines from May 1 to 9.

Mr Ramon reported on the FIVB Development Commission in Lausanne, Switzerland between January 26 and 27 that a yearly budget of US$600,000 has been allotted by the FIVB for use in the development programe of the AVC.

He added that the FIVB had already launched Special Projects in North Africa, Poland, Russia and Coaching Supporting Programme, while the African Dream Project, which will help organise cooperation between the FIVB, National Olympic Committees and local governments and sponsors, has just started early this year.

Although the FIVB did not offer assistance to AVC in the Special Projects, the AVC DM Committee have planned to propose the Asian National Team Project to the FIVB, aiming that one coach to act as the FIVB coaching instructor in each of five zones (at least two weeks in each host country) will bear fruits eventually.

Mr Ramon informed that there are four FIVB Development Centers in Asia comprising India, Bahrain, Thailand and Indonesia. However, the main objective of those Development Centers is to serve all 65 affiliated members and not only the country, where the center is located.

The FIVB, said Mr Ramon, want to take the role and responsibility to society of those four centers into re-consideration. If there is any inactive center, further action should be taken to decide its future.

According to Mr Ramon, the FIVB has supported each AVC zonal association (Eastern, Western, South Eastern, Central and Oceania Zones) with the total amount of yearly 30,000 Swiss France, provided that the FIVB minimum requirements are met.

The other main points were also considered in the meeting such as the Asian Referee Courses for indoor volleyball and beach volleyball to be held in every zone of Asia in the near future.

In addition, it was suggested that each federation be given not more than two courses to be organised each year, while Papua New Guinea should be supported for their efforts of hosting indoor volleyball and beach volleyball competitions.

The AVC DMC Meeting have also raised an idea to hold four development projects this year including the first AVC Media Seminar in Manila, the Philippines from May 7 to 9, with selected journalists from around 20 federations invited to join the three-day meeting. The Seminar will be held during the the same period which the Philippines will host the first Asian Women’s U23 Volleyball Championship in Manila. 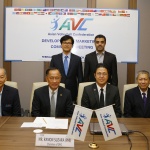 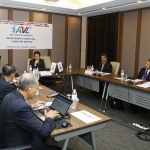 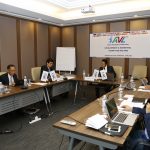 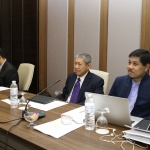 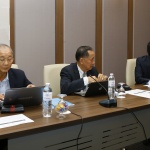 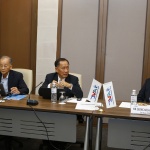