Bangkok, Thailand, March 23, 2015 – Competition sites for the AVC Beach Volleyball Continental Cup Olympic Qualification 2016 South East Asian Zone, which will be held at Jommanee Beach on the Mekong River Banks in Nong Khai, Thailand, are 80 per cent ready to be used as battle grounds for the April 2-5 contest. Six teams apiece in the men’s and women’s events will vie for the top honour and a place in both categories for the next year’s AVC Continental Cup Finals. 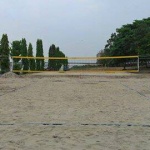 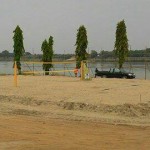 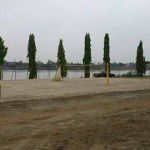