Songkhla, Thailand, April 13, 2015 – All participating players and the organisers joined the Songkran (Water Splashing) Festival on Monday ahead of the official kickoff of the 16th “Samila-Chang” AVC Beach Volleyball Tour Thailand-Samila Open at Samila Beach here on Tuesday.

As the three-day competition will be held coincided with the Songkran Festival, the organisers decided to hold the Songkran activities for all participants. The day started with the Buddhist religious ceremony being performed by monks.

Three respected elderly persons consisting of FIVB and AVC Life Honorary President  Mr Wei Jizhong, his wife, and Thailand Volleyball Association’s senior advisor Mr Kij Prukcha-oom  were poured with water and jasmine flower buds at their hands by the participants. The water pouring is meant as a symbol of washing away all of their sins and the bad. The participants and the organisers were also given best wishes, good luck and happiness during and after the Songkran Day, which marks the Thai New Year.

After that, the participating players, all wearing Thai traditional costumes, joined the Songkran Festival parade around downtown Songkhla. They splashed and poured water to one another, some shooting water with water guns. The FIVB and AVC Life Honorary President Mr Wei Jizhong, his wife and Thailand Volleyball Association’s board members including its president Somporn Chaibangyang enjoyed the Water Splashing Festival on vehicles, taking some fun photos here and there. All participants laughed and smiled while joining the fun-packed water-splashing parade. 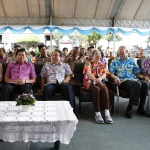 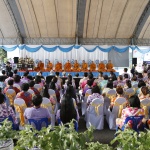 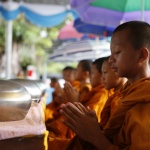 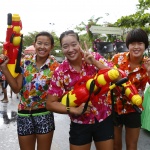 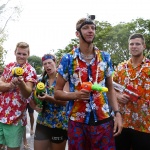 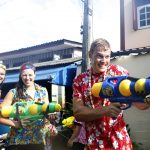 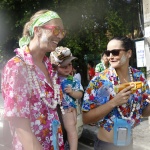 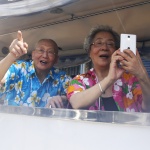 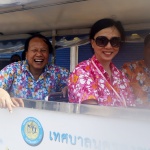 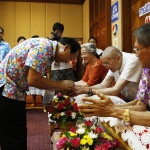 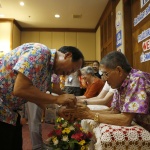 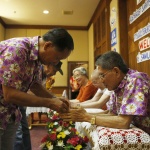 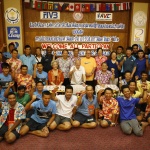