On a sapping day, the host team were represented by Thailand 1’s Prathip Sukto and Kittipat Yungtin and Thailand 2’s Nuttanon Inkiew and Panupong Toyam. Against Indonesia 1’s Licardo Rendy Verdian and Rachmawan Ade Candra, who snatched gold medal at the 4th Asian Beach Games, Prathip and Kittipat got Thailand off to a brilliant start with a convincing 21-13 win in the first set, but the Indonesians clawed their ways back to take the second set 21-15 for a 1-1 draw.

The Thai pairing tried to make amends in the third set and their determined efforts paid off impressively as they seriously challenged the strong visitors to set up a hard-fought battle. However, the Indonesians fared a bit better to seal the third and deciding set 15-13 to win the action-packed battle 2-1. Indonesia took the initial 1-0 lead.

In the second match, Indonesia fielded Ashfiya Muhamad and Fahriansyah as the Indonesia 2 team, while Thailand 2 were represented by Nuttanon Inkiew, who finished fifth at the last year’s Asian Beach Games in Phuket, Thailand, and Phanupong Toyam.

Thailand 2 lost a thrilling first set 17-21 and tried hard to come back on the right track, only to go down in the see-saw battle 20-22 which resulted in their match loss. Indonesia 2 won the encounter in straight sets for the Indonesia’s eventual 2-0 victory over Thailand.

After the loss, Thailand’s veteran Prathip said, “I admit that we faced a daunting task in the final against Indonesia, one of the Asia’s strong beach volleyball teams. As for the first match, we played well in the first set, but lost our concentration in the second set. We made several mistakes and became very exhausted. We tried our best i the decider, but Indonesia were just stronger. I would like to apologize for disappointment we have given to Thai people. We did our best, anyway.”

At the awards presentation, Indonesia reigned supreme in the men’s competition, with Thailand and Vietnam in second and third places respectively.

With the victory, Indonesia stood on the top level of the podium in the AVC Continental Cup South East Asian Zone aside from capturing the lone berth to compete in the next year’s Finals. So far, Japan, Qatar and Australia have become the three candidate nations to host the Finals. The selected host country will be announced later.

Meanwhile, on Sunday, April 5, the third-place playoff in the women’s event between Malaysia and Vietnam will take place at 10.30am, while the final showdown between top seeds Thailand and Indonesia will be held at 4pm. 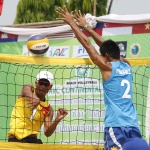 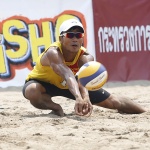 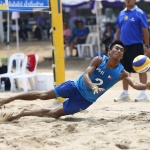 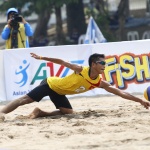 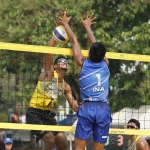 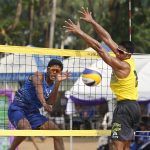 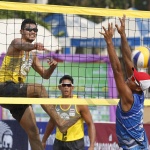 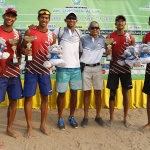 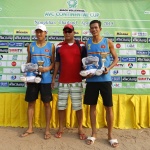 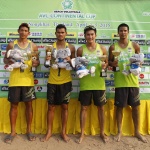 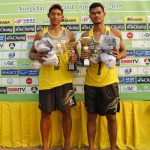 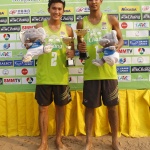