Top seeds Thailand, which received the quarter-final bye, brushed aside Malaysia 2-0 on Thursday. Thailand 1’s Varapatsorn Radarong/Thanarattha Udomchawee, world No.61 who have qualified for the FIVB World Beach Volleyball Championships in the Netherlands in June, pulled off a comfortable 21-10 21-6 win over Malaysia 1’s Luk Teck Hua/Low Mei Cing. The hosts are assured of advancing to the final showdown after Thailand 2’s Rumpaipruet Numwong/Khanitta Hongpak tamed Malaysia 2’s Lee Geok Ting Elaine/Ariffin Nurini 21-15 21-9 to give Thailand a clean sweep of both matches.

With the victory, Thailand now book their final berth on Sunday, April 5 when they will take on the winners between Indonesia and Vietnam. The two nations will battle it out in the semi-finals on Friday.

Earlier in the quarter-finals, Malaysia set up a hard-fought three-set thriller against the Philippines, with their A Team’s Luk Tech Kua/Low Me Cing beating Filipinas Villanueva Amanda Maria/Soltones Gretcel 11-21 21-19 15-10 and their B Team’s Lee Geok Ting Elaine/Ariffin Nurini edging Bea-Mich 21-19 21-23 15-5. Malaysia eventually beat the Philippines 2-0 to be pitted against Thailand in the semi-finals. The host side rolled on they rhythm to win the clash 2-0 and book a final berth.

As for the men’s competition, Indonesia cruised to the final round when they pulled off a convincing 2-0 victory over the Philippines in the semi-finals on Thursday. Indonesia 1’s Rachmawan Ade Canda/Licardo Rendy Verdian put it past Philippines 1’s Becldo Jade/Ybanez Edward 21-14 21-18, while Indonesia 2’s Ashfiya Muhamad/Fahriansyah trounced Philippines 2’s Sasing Jonrey/Bonono Edmar 26-24 21-16.

In the final clash on Saturday, Indonesia will battle it out with the winners between Vietnam and Thailand.

On April 3, the competition will be the playoffs among losers in the men’s quarter-finals, followed by Thailand taking on Vietnam in the semi-finals. 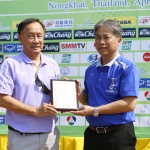 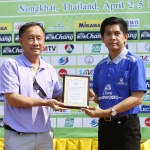 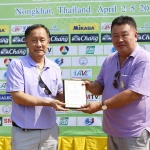 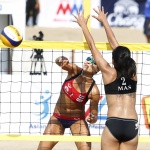 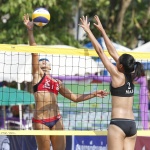 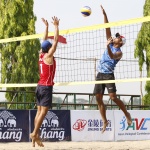 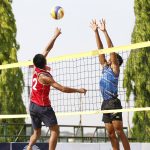 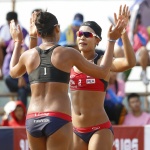 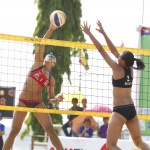 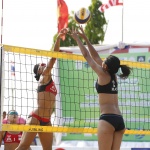