Thungsong, Nakhon Si Thammarat, Thailand, April 11, 2015 – Kazakhstan and Japan underlined their supremacy over the 6th “Nakhon Si-Chang-Select” AVC Beach Volleyball Tour Thailand-Nakhon Si Open at Thungsong Stadium on Saturday, with the former making a step better than they did last year and the latter dashing out Vanuatu’s title defence hopes.

Veterans Alexandr Dyachenko and Alexey Sidorenko of Kazakhstan 1 lived up to their billing as top seeds and gold medallists at the last year’s Asian Games in Incheon, Korea to narrowly edge China 2’s Wu Jiaxin and Li Jian in a tight contest 22-20 21-19 in 43 minutes to capture the men’s title.

This is the second victory of the Kazakh pairing in the Asian Tour in Nakhon Si Thamarat after they had sealed the first victory in 2012.

Last year, the Kazakh duo took the second place here after succumbing defeats to Qatar in the showdown.

In the final of the 2014 Asian Games in Incheon, Dyachenko and Sidorenko also stunned China, represented by Li Jian and Chen Cheng, to reign supreme.

The awards presentation was held shorty after the completion of both showdowns. Kazakhstan 1’s Alexandr Dyachenko and Alexey Sidorenko and Japan 1’s Takemi Nishibori and Sayaka Mizoe captured the men’s and women’s titles to claim the similar prize money of US$30,000. Respective three runners-up in both categories took home US$2,500, US$2,000 and US$1,500. 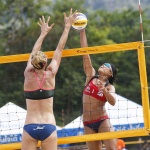 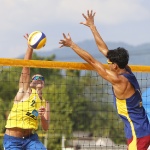 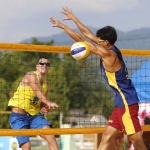 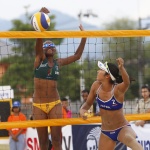 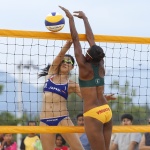 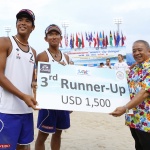 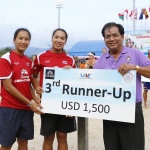 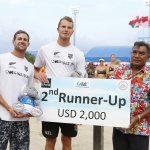 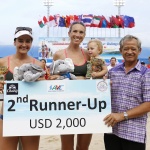 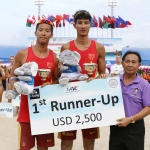 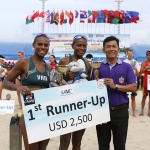 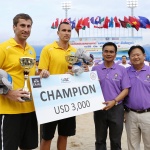 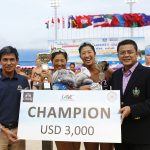 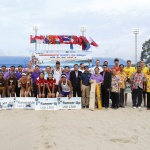