The Thai women’s 2-0 victory over Indonesia was a sweet revenge for the hosts’ despair caused by a stunning 0-2 loss to the similar rivals in the men’s climax the previous day at Jommanee Beach in Nong Khai.

World No.61 Varapatsorn Radarong and Thanarattha Udomchawee, the silver medallists at the last year’s Incheon Asian Games who have already qualified for the FIVB World Beach Volleyball Championships in The Netherlands from June 26 to July 5, performed superbly to get Thailand off to a flying start with a comfortable 2-0 (21-16 21-16) win over Indonesia 1’s Jasita Utami and Juliana Dhita, bronze medallists at the last year’s Asian Beach Games in Phuket, Thailand. The top seeds Thailand led Indonesia 1-0.

In the second match, Thailand 2’s Rumpaipruet Numwong and Khanittha Hongpak gunned down Indonesia 2’s Eka Yokebed and Maria Dwiningtyas 21-16 21-17 to hand the host nation an eventual 2-0 victory over Indonesia.

With the victory, the Thai women’s beach volleyball team not only clinched a berth to test their mettle in the next year’s AVC Continental Cup Finals, but also avenged Indonesia for their loss in the men’s event. The Thai men’s team on Saturday went down to Indonesia 0-2 in the final, resulting in the second place they have claimed. Second-place Thailand, and third-place Vietnam, have to compete in the 10-team AVC Continental Cup Semi-finals against teams finishing second and third places from the other four zones of Asia to vie for the top two slots to make the cut for the next year’s Finals. 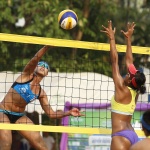 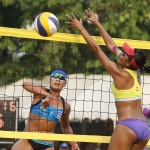 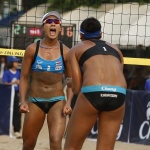 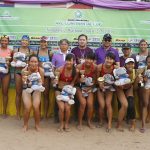 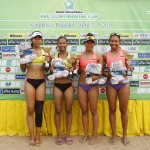 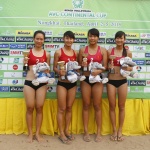 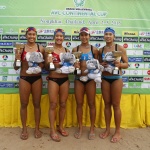 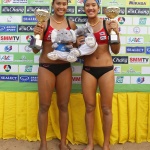 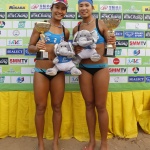