Bangkok, Thailand, July 2, 2015 – The final countdown clock is ticking. In less than 24 hours, the FIVB World Grand Prix Pool A encounters will kick off at the Hua Mark Indoor Stadium in Bangkok, with hosts and world No.12 Thailand setting up the curtain-raisers with Serbia and the Olympic two-time champions Brazil taking on Japan in rematch of the last year’s final.

Earlier, Control Committee President Mr Ramon Suzara on Wednesday chaired the joint meeting between the local organisers and the Control Committee to review the host country’s preparation ahead of the top-flight competition, while the inspection to the competition site was also made shortly after the meeting which saw all set for the July 3-5 clash.

The general technical meeting was held on Thursday at the Golden Tulip Sovereign Hotel, with coaches from four participating teams taking part. The press conference was also held on the same occasion, attracting a large number of local journalists.

In the interview, Thailand coach Kiattipong Radchatagriengkai admitted that the opening clash against European Games bronze medallists Serbia in the FIVB World Grand Prix Pool A encounters is not easy, but he remains optimistic that by taking on strong teams, his players will learn a lot of things.

Kiattipong said in the Thursday’s press interview that he is very satisfied that his players stand a chance of taking on much stronger rivals in this year’s World Grand Prix, the premier women’s volleyball tournament.

“It’s one of the most important matches from which my players will learn a lot of things and gain more experience and exposure. In the first match, Serbia are not underdogs. They are stronger than us. We have to study their game plan and make our preparation in the match against them the best. My players are fit physically and mentally and ready to go with their best form. It’s not easy to beat the Serbians, but we will learn from them. One thing I can be sure of is that we will do our best here on home soil,” said Kiattipong, who recently steered his side to retain the South East Asian Games title for eight times in a row.

“We trained hard because all teams we will play in this year’s World Grand Prix are very strong. We will have a chance to learn more tactics and techniques from those teams. It’s impossible to beat every team we play, but we will try our best to stay in Group 1,” he added.

Meanwhile, Japanese coach Manabe Masayoshi said that he is very happy that his team has arrived in Thailand for the World Grand Prix. More importantly, their side have a chance to improve their tactics against the other three strong teams.

“We will start our World Grand Prix with a tough encounter against defending and successive two-times champions Brazil. We are fielding several young talents in this tournament to check their performances. However, we will try our best in every match we play,” he said.

Serbian coach Branco Kovasevic also hopes that his team will kick their World Grand Prix campaign off to a good start in  the new season. “Every team is very strong, but we will do our best. We took bronze medal at the European Games and hope to repeat the similar feat.”

Brazilian coach Jose Roberto Guimares expressed his satisfaction over his team’s arrival in Thailand for the World Grand Prix. “We have played here in Bangkok for three times already and I’m glad that we made another return this time. Pool A features strong teams and it’s not easy to beat all teams, but we will do our best.”

On Friday, Thailand and Serbia will play the curtain-raisers at 4pm local time, followed by the tough match between Brazil and Japan, the rematch of the last year’s final. Host Broadcasters Channel 7 will televise the Thai match live from 4pm, while satellite TV SMM will broadcast both matches live. 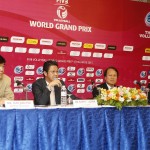 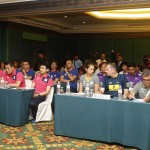 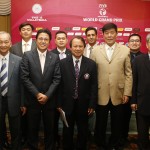 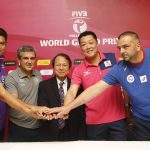 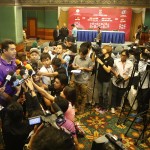