Bangkok, Thailand, October 27, 2015 – Fiji Volleyball Federation (FVF) won the Sport Federation Governing Body of the Year during the awards presentation in the Beyond Sport Awards 2015, supported by Comic Relief, in London on October 20.

A total of 39 projects reflecting the work of the world’s most inspiring and impactful sport for social change organisations were shortlisted for the seventh Beyond Sport Awards representing 23 sports from over 60 countries.

The UK Prime Minister David Cameron set the tone for the proceedings with a video message to the audience stating ‘Day after day it’s the stars on the pitch who make the headlines but tonight it is right to stop and pay tribute to you, the stars beyond the field of play, the people who show that by going beyond sport we can use the games we love to tackle some of the greatest social challenges in our world today.’

The Awards presentation kicked off with the Leadership in Sport Award, supported by Mischon de Reya, which was presented to Matthew Spacie for his incredible work with Magic Bus which uses sport-based activities to transform underprivileged children’s lives.

Beyond Sport Global Partner Barclays awarded A Ganar, a youth workforce development program from the Dominican Republic designed to help break the cycle of poverty, with The Barclays Sport for Employability Award.

Among the awards winners were the Fiji Volleyball Federation, which won the Sport Federation Governing Body of the Year. Semaima Lagilagi, representative from the FVF, stepped up to receive the award from boxing legend Barry McGuigan.

Each winning project will receive a bespoke package of support. All have received global recognition and will continue to benefit from in-depth profiling of their work through Beyond Sport’s channels and global network.

The FVF have been working on the Pacific Volleyball Partnership (PVP) program, which aims to reduce the risk of Non-Communicable Diseases (NCDs) through increased village level participation in the sport of volleyball, focusing on women and girls.

The PVP targets women in villages in Rewa province, on the outskirts of Suva. All participants are of Itaukei heritage (traditional Fijian) and range from age 17 to 85. The reasons the program specifically targets women and girls are twofold: twice as many women than men are obese and women lack safe and accessible opportunities to participate in sport and/or physical activity.

Rather than FVF providing one-off opportunities to play volleyball through come and try days or school sessions like other national sporting organisations, the PVP is more concerned with facilitating a transformation in behaviour and lifestyle through the domains of diet and physical activity. Additionally the significant investment in communities better reflects the overarching objective of reducing NCDs. 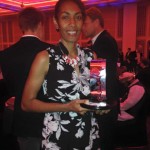 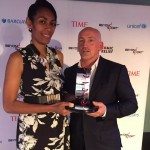