Bangkok, Thailand, October 4, 2015 – The  New Zealand women’s junior volleyball team have been in training camp for one week at the FIVB Development Centre in Bangkok, Thailand.

The team arrived in Thailand on September 28 and have been training at the FIVB DC until October 5. During their training stints in Thailand, the Kiwi girls had an opportunity to sharpen their expertise and develop new skills with four Thai women’s junior teams from Satrinonthaburi School, Bodindecha School, Bangkok Sports School and Nakornnon Sports School.

Aside from strengthening cordial ties, the friendly matches among them are also aimed at encouraging idea and experience sharing as well as learning cultures of both sides. Not only the Kiwi players, but also their staff coaches have been highly satisfied with the Thai hospitality and their training in particular in Bangkok.

This year, the FIVB Development Centre in Bangkok, Thailand has already served several teams for their training camps at the development centre. They included junior teams from Hong Kong, Japan and New Zealand and national teams from Maldives and Australia.

Thailand has become volleyball hub of Asia since the inauguration of the AVC Headquarters in Bangkok last year and the establishment of the FIVB Development Centre in Bangkok many years ago. Several teams have already arrived for training camps at the FIVB DC and increasing teams are expected for years to come. 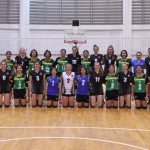 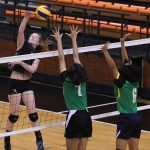 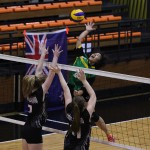