The two-day meeting is being held to approve the agendas and Minutes of the previous General Assembly in Dubai, the United Arab Emirates aside from reviewing the main tasks of all AVC Zonal Associations and proposals presented by the Technical Committees and Council.

In his speech to 61 federations of 65 AVC’s affiliated national federations attending the 21st AVC General Assembly, FIVB President Dr Ary Graca said, “I have been talking privately to each AVC Zonal Association meeting and had a good chance to exchange ideas with them. Asia is a big continent and we are sure that there will be major impact after the General Assembly here.

“Volleyball is a sport of family – no fight and no contact, which kids and women can take part. My concern is the opportunity to give more people to participate and expand opportunities to those who want to play. I honestly confirm that volleyball is No.1 sport of the family and we should take advantage of this. To make what I have said more important is to participate.  By participating, we will know how far volleyball has developed,” he added.

AVC President Dr Saleh A. Bin Nasser said, “We are very proud to welcome all delegates to our country. I myself also feel proud that all these years with my colleague Mr Essa Hamza, AVC now have increased to 65  members. This reflects a big step of progress and success in our confederation. I would like to thank FIVB President Dr Ary Graca for his latest knowledge of development and promotion and he always placed AVC on top of the importance. I would like the Asian family to support Dr Ary in the FIVB World Congress in Argentina next year.” 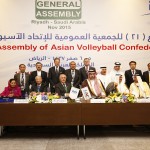 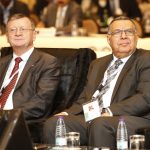 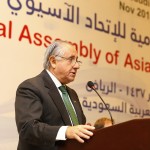 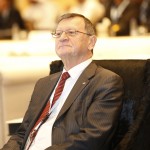