Riyadh, Saudi Arabia, November 15, 2015 – The 36th AVC Board of Administration Meeting at the Movenpick Hotel Riyadh in Saudi Arabia on Sunday agreed in principle to approve the 2016-2019 AVC Activities Calendar and the split of total amount of subsidy from AVC’s media and marketing rights holders SMM into 60% for competition and 20% apiece for management and development.

Jointly chaired by AVC President Dr Saleh A. Bin Nasser and FIVB and AVC Honorary Life President Mr Wei Jizhong, the meeting was held ahead of the 21st AVC General Assembly from November 17 to 18 to approve the Minutes of the 35th AVC Board of Administration Meeting in Bangkok, Thailand on June 1, 2015 aside from confirming the procedures of the preparation for the General Assembly including the confirmation of the candidates of AVC Board Members.

The meeting started with AVC President Dr Saleh A. Bin Nasser delivering a welcome speech to all Board members. Only Vietnamese Than Duc Phan was missing. Mr Takashi Shimoyama and Mr Kenji Kimura, president of the Japan Volleyball Association, attended the meeting as observers.

The Minutes of the previous meeting in Bangkok have been distributed to all Board members ahead of the meeting and the approval process was, therefore, very short. AVC Treasurer and First Executive Vice President Mr Essa Hamza Ahmad Al Failakawi asked for an approval of the Minutes from the previous meeting in Bangkok and all attendants agreed unanimously for the approval.

Mr Wei later shared his point of view about the AVC Statutes Edition 2015, saying that an amendment is necessarily required for the AVC Statutes to make sure the Statutes will be updated in line with the FIVB Constitution.

Commenting on updates for the AVC’s financial situation, AVC Treasurer Mr Essa Hamza said, “AVC will split the subsidy from SMM into three parts for spending consisting of 60% of the total amounts for competition, 20% for management and 20% for development. This will help raise the standard of the organisers and the host country and increase the amount of the participating teams in major tournaments.

In terms of the 2016-2019 Activities Calendar, Southeastern Zonal Executive Vice President Mr Shanrit Wongprasert, himself chairman of the AVC Sports Events Council, revealed that the AVC competitions have been fixed to avoid a clash of different competition programs with FIVB tournaments. Following the reports from Mr Shanrit, the meeting approved the AVC’s competition activities calendar from 2016 to 2019.

After that, Mr Essa Hamza explained about the procedures of the preparation for the AVC General Assembly and confirmation of the candidates of AVC and FIVB Board Members.

AVC President Dr Saleh A. Bin Nasser gave a closing speech to mark the conclusion of the 36th AVC Board of Administration Meeting. The 21st AVC General Assembly will take place on Tuesday, November 17, with OCA President Sheikh Ahmad Al-Fahad Al-Sabah presiding over the official opening ceremony at 12.45pm. 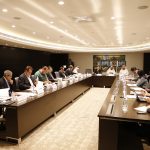 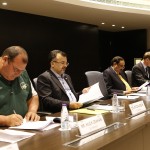 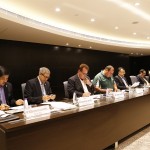 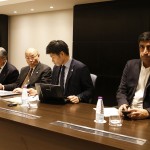 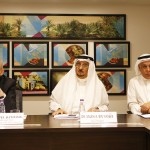 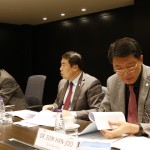 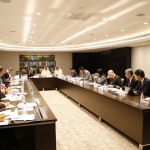 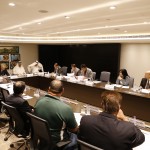