Bangkok, Thailand, December 15, 2015 – The Asian Volleyball Confederation (AVC) in conjunction with the FIVB Development Centre in Thailand are holding the first AVC Press Seminar at Alexander Hotel in Bangkok from December 15 to 16, with a total of 17 journalists from 13 countries taking part in the meeting.

Mr Somporn Chaibangyang, president of the Thailand Volleyball Association, on Tuesday presided over the opening ceremony of the two-day seminar, conducted by FIVB Communications Director Mr Richard Baker, Mr Ramon Suzara, Chairman of the AVC Development Committee and member of the FIVB Development Commission, and AVC Secretary-General Mr Shanrit Wongprasert. The seminar has emerged as the first of its kind in Asia since the AVC was established in 1952.

The participating journalists comprised four from the Philippines, two from Hong Kong and one each from China, Japan, Indonesia, Kazakhstan, Korea, Qatar, Vietnam, Australia, Malaysia, Iran and Thailand.

“This is a great opportunity of Thailand to organise this seminar. We try our best to serve all of you during your stay with us in Bangkok. The seminar is very important to the development of volleyball in our continent. I hope that you all will concentrate on the up-to-date informations to be instructed by Mr Richard Baker and at the same time, you can exchange your points of view among all participants,” Somporn delivered his opening speech.

In terms of the main objectives of the seminar, Mr Ramon Suzara said, “After so many meetings for decisions with Mr Shanrit and AVC First Executive Vice President Mr Essa Hamza, I decided to purpose the seminar to AVC. They agreed in principle and therefore, it came as a result of the decision. This is for the first time that AVC Press Seminar is held after 67 years of the AVC establishment. It is part of the development programe in line with the development policies of FIVB and AVC. Our Development Committee has been set up to support the other Technical Committees for the future development of the AVC. With the official establishment of the AVC Press Committee during the recent AVC General Assembly in Saudi Arabia, I’m convinced that the cooperations among the medias from all national federations and the Press Committee will be much better. I hope this seminar will be successful.”

The seminar has been divided into two parts, with the first-day informations focussed on FIVB Communications Department including its communication tools, homepage, tournament sites, social media and activities report. On the second day of the seminar, all the participants are scheduled to visit the Hua Mark Indoor Stadium, where the 2016 FIVB World Grand Prix Finals will be held. The seminar will resume shortly after their return to the hotel, with all informations focussed on the AVC Press Department and its structure and activities as well as AVC Official Photographer, his responsibility and quality of photos needed for use and the key improvement points for future success of the AVC Press Operations. 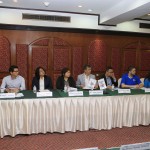 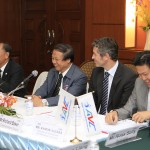 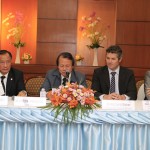 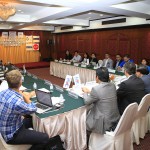 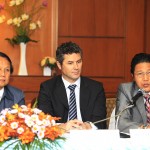 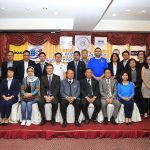 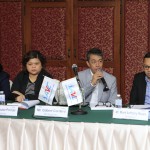 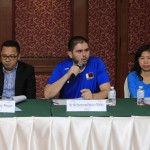 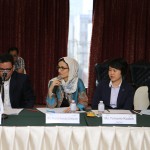 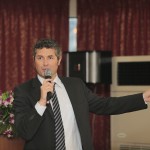 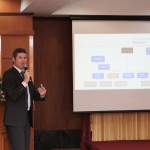