The second and final day of the seminar, which was held for the first time in history since the establishment of the Asian Volleyball Confederation (AVC) in 1952, saw all participating journalists visiting Hua Mark Indoor Stadium, which will serve as the main competition venue for the 2016 FIVB World Grand Prix Finals between July 6 and 10. Actually, a total of 17 journalists from 13 nations attended the seminar, but Australian journalist Ross Solly left Bangkok early.

Mr Richard Baker, FIVB Communications Director who conducted the two-day seminar, led the journalist group for the venue inspection, while AVC Secretary-General Mr Shanrit Wongprasert guided them on their way.

The journalist team also visited the AVC Headquarters, which is situated on the 12th floor of the Sports Authority of Thailand Building, not adjacent to the stadium.

After the inspection, Mr Richard Baker expressed his satisfaction over the condition of the stadium, not only the competition court, but also the press tribunes, the press conference room, the press lounge, the players’ rooms and the spectator seats.

“The condition of the stadium is pretty good, with everything being put in the right place. The working places of the journalists are also satisfactory. The only thing is we have to check again if the space for the commentators will be sufficient for at least six persons during the World Grand Prix Finals,” Richard said.

Shortly after the journalist team returned to the hotel, the seminar resumed with Mr Preechachan Wiriyanupappong, the AVC Press Officer and Chairman of the AVC Press Committee, talking about the AVC Press Department, its structure, activities and goals aside from the Media Operations at AVC events and the AVC Communication Tools. AVC Web Coordinator Mr Somchai Donpraiyod raised the topic on the AVC website and its future improvements, while AVC Official Photographer Mr Phongphakthana Prachongkitpanich explained how he produced good quality of photos for AVC.

More importantly, the journalists stood a chance of exchanging their points of view, while Mr Richard Baker allowed them to comment on their attendance to this first AVC Press Seminar.

AVC Development Committee Chairman Mr Ramon Suzara, who purposed the seminar initiation to AVC, kept his fingers crossed and hoped for the best that the journalists will bring the knowledge obtained from the seminar for their use in close cooperation with AVC Press Department for the benefit of the AVC Press Operations. He has also expected that AVC will launch the second phrase of the seminar in the near future. 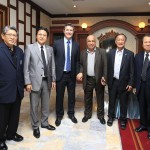 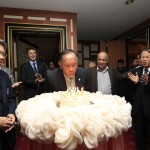 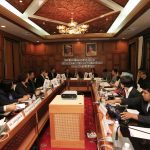 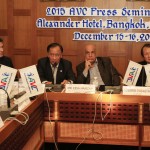 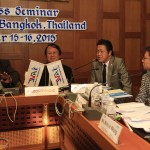 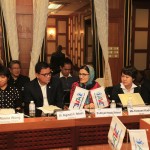 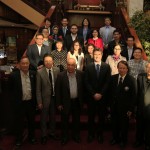