Tehran, Iran, December 23, 2015 – The Iran Volleyball Federation signed Argentinean Raul Lozano as the new head coach of the national volleyball team of Iran, hoping that the 56-year-old will make their dreams of qualifying for the Rio Games come true.

Right after 2015 World Cup and achieving world’s eighths title, the IVF in various meetings has concluded to implement major changes in the technical committee. A number of Inquiries brought the national federation to Raul Lozano. On Tuesday, September 22, the contract has been officially signed by both parties – Lozano and IVF President Dr Mohammadreza Davarzani.

Davarzani said, “Earning the Olympic ticket is our long-lasting dream and now we have come up to a crucial moment to approach the goal. We finally made up our mind to choose Lozano as he had already experienced two participations in the Olympic Games and he is well worth a trust. In our first step, we both agreed on a term cooperating up to the end of the Olympic Games. Since Iran are also planning for the 2020 Olympic Games, we will think of the extension of the signed contract if required.

The new coach of Iran in a press conference said, “There is no enough time, yet the goal is as big as qualifying for Olympic Games in Rio.”

He admitted that Iran proved their high potential in volleyball and explicated more: “The Olympic Games are incomparable with those of the other major world and continental events. It is always an honour for any team to take part in the Olympic Games and it will never repeat for any professional athlete”.

“We have to perform well in the World Olympic Qualification Tournament in Japan first to secure an Olympic berth. The Iran national team are scheduled to set up the trainings by the end of March. So, we still have up to seven months at most to get prepared. Fortunately, Iranian players are strongly motivated, for they are ready to record an important time in the history of Iran Volleyball. Tough trainings await us”, he said.

He found the technical matter on the priority for selecting the players. In addition, the players’ performance in the Premier League as well as their injuries are to be taken into account.

In reply to the question of whether Iran will mount to the Olympics, Lozano said: “I wish so. It is so hard to make any response for it. We have to try first. I have a special feeling toward Iranian volleyball. I love this feeling. People must enjoy watching volleyball. I hope we will see a high volleyball from Iran in Rio. This is my dream that I am here to make it come true”. 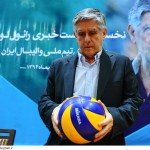 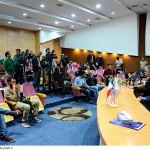 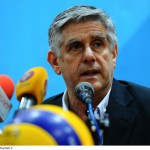 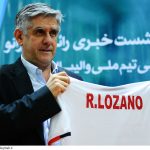 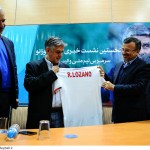