Bangkok, Thailand, May 6, 2016 – The 38th AVC Board of of Administration Meeting came to a successful close on Friday with the proposals of five zones and eight technical committees being approved at a specific step in the workflow approval process.

Mr Sakol Wannapong, Governor of the Sports Authority of Thailand, presided over the opening ceremony of the one-day meeting, which took place at the Conference Room, Grande Centre Point Terminal 21 Hotel in Bangkok, with Thailand Volleyball Association’s President Mr Somporn Chaibangyang in attendance as the guest of honour.

Sakol delivered a welcome address to the meeting attendants by saying that since the establishment of the AVC Headquarters in Bangkok in December 2014, the SAT have tremendously thrown their strong supports for the AVC. He also expressed his sincere wish that the meeting would be a great success, while Somporn cited that the TVA also have a close relationship with the AVC and with the full support to the continent’s volleyball-governing body, he was upbeat that cooperation among them will help strengthen ties and build bridges for more supports in the future.

AVC President Dr Saleh A. Bin Nasser thanked all NFs for their strong cooperation in helping conduct the AVC activities to significant successes.

Prior to the meeting, Dr Saleh A. Bin Nasser presented souvenirs to the SAT Governor, the TVA’s President and FIVB General Director Mr Fabio Azevedo, who participated in the meeting to provide essential information and offer excellent advice to the AVC Board of Administration members for future sustainable development, for all of their supports to the AVC’s administrative management and activities.

The meeting then started with the AVC President’s Report, which saw a few key topics including the internal problem of the Volleyball Federation of India (VFI) raised for discussion. FIVB and AVC Honorary Life President Mr Wei Jizhong informed the meeting that he already contacted the Indian Olympic Association’s President  to find possible resolution of the conflict with an high hope of seeing the IOA and VFI reunite to maintain development of the players’ activities.

However, since India will host the 5th AVC Cup for Men later this year, but due to the internal problem of the VFI, the certain confirmation whether the country can host the top-flight competition remains pending, while how far the country’s preparation has made cannot guarantee the meeting. The AVC Board of Administration Meeting decided to switch the organisation of the 5th AVC Cup for Men from India to substituted organisers.

B/A Member and President of Iran Volleyball Federation Dr Mohammad Reza Davarzani has expressed his continued support for India to host the AVC Cup for Men, while B/A Member Mr Yermek Syrlybayev confirmed that Kazakhstan has full potentials and is ready to replace India in hosting the prestigious biennial tournament. However, the AVC Board of Administration Meeting agreed unanimously to allow India two more weeks to clear their internal conflict and if their efforts are in vain, further discussion will immediately be made to take all other reasonable steps to resolve the problem. This includes to seek a new host nation and hand India another chance to host the AVC Cup for the next edition in 2018.

In terms of the Sports Events Council, its Chairman Dr Eom Han-Joo reported the meeting about the AVC events to be held this year and three years after. This includes the 2018 FIVB World Championship, of which its Qualification first phase will take place this year.

Mr Ramon Suzara, Chairman of the AVC Development and Marketing Committee, reported the meeting about the courses and seminars due to be held in 2016, while the first AVC Gala project has also been raised for discussion in the meeting. The inaugural AVC Gala is expected to be held for the first time on the occasion of the AVC Cup for Men later this year

During the meeting, AVC President Dr Saleh A. Bin Nasser signed a four-year agreement (2016-2019) contract with Senoh Corporation from Japan. Saneh became a member of the Mizuno Group four  years ago and as a sports manufacturer, Senoh has since then promoted and stepped forward to the global market.

“Taking this advantage of this contract, we Senoh promise to continue developing both indoor and beach volleyball in the Asian countries. Through this collaboration and our work, I know that there will increase the number of volleyball fans and players. Engaging of volleyball enjoyment brings Asian people hope, smiles and happiness. I wish for the continuous success and prosperity of volleyball in Asia,” Senior Corporation’s President Mr Tetsuya Ozaki said after the exchange of the contract with AVC President Dr Saleh A. Bin Nasser.

General Director Mr Fabio Azevedo informed the meeting about the 35th FIVB World Congress, which will be an elective Congress hosted by Argentina this year from October 4 to 6, aside from the establishment of Volleyball House during this year’s Olympic Games in Rio de Janeiro, Brazil.

AVC President Dr Saleh A. Bin Nasser closed the AVC Board of Administration Meeting by thanking all the members for their contributions to the meeting, emphasising the importance for regular contributions by all members to ensure a bright future of volleyball in the region.

“We must continue working hard. Our discussions today are going to set the way forward for the future. I would like to thank all of you present here to share your ideas and show your kind contribution to the AVC. I strongly believe that after this, we all will continue supporting the AVC and its activities. We will do our best to make all tasks ahead successes out of our determined efforts. We will also be strong in our unity.  All problems should be handled effectively and efficiently in order that we can achieve resolution as early as we can. Thank you again for joining the meeting today,” Dr Saleh A. Bin Nasser said. 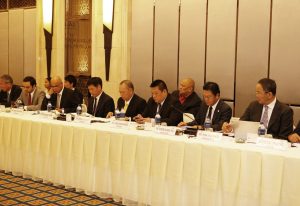 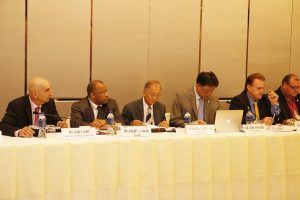 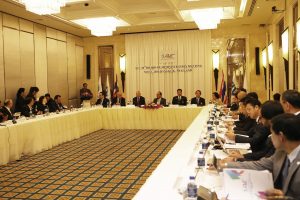 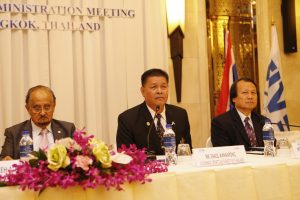 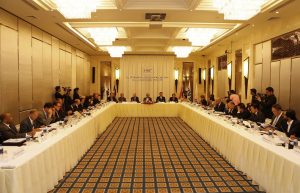 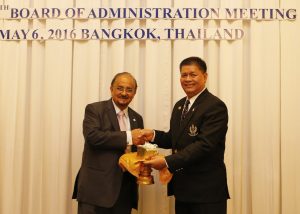 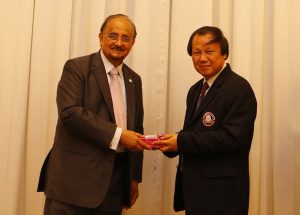 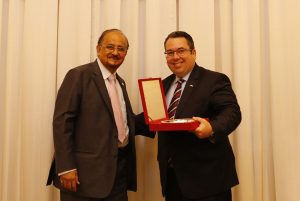 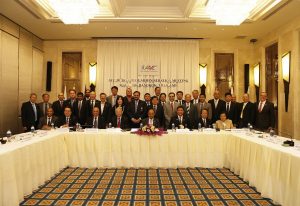 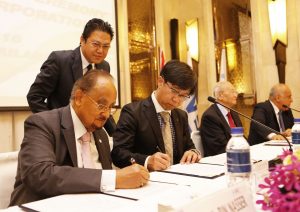 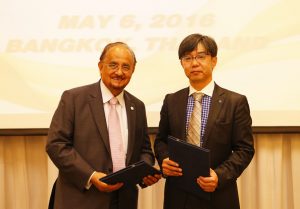