Tokyo, Japan, April 3, 2018 – When the Japan Volleyball Association announced their women’s national team squad in March, it was more notable for those players not on the list. Only seven players from the 2016 Rio Olympics squad remain.

Japan also changed their coach after the Rio Olympics bringing in Kumi Nakada to replace Masayoshi Manabe. Nakada had big boots to fill after the success of Manabe, who guided his team to an Olympic bronze medal in London in 2012, but Nakada, an Olympic bronze medallist herself in 1984, has brought a quiet determination to her team in a transitional period. 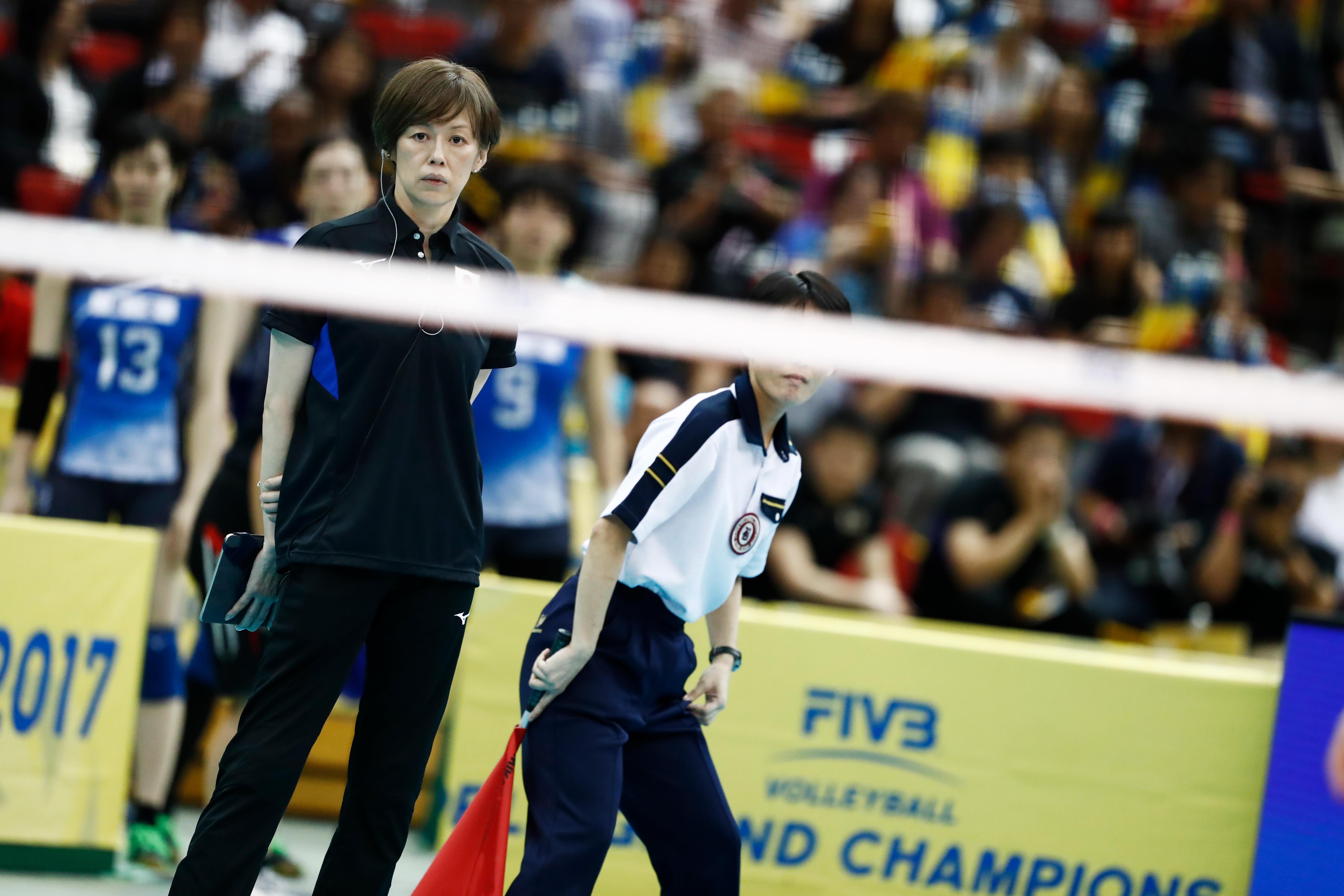 The loss of Kimura cannot be underestimated, not only as a brilliant attacker and devastating server, but also as the figurehead of Japanese women’s volleyball. Replacing her as a player, captain and cultural icon hasn’t just been difficult, it’s been impossible.
The presence of former captain and powerful middle blocker Erika Araki, who returned to the national team for the Rio Olympics after giving birth to a daughter in 2014, provides the team with leadership, although she is no longer the team captain. Nana Iwasaka took on that responsibility in 2017.
While the Japan men’s team has made a conscious shift toward a younger generation, Nakada has chosen a squad of slightly more mature players. Nineteen of her 29-player squad were born between 1990 and 1993.

Both the men’s team and the women’s team now have a foreign coach on their staff. The men acquired Frenchman Philippe Blain to assist Yuichi Nakagaichi and the women have taken on Turkey’s Ferhat Akbas. Both assumed their posts last year.
“The volleyball culture is totally different from Europe or other countries and the best part of Japanese teams are good defence, high skill and being really good on the floor,” Akbas notes. “In Europe, the players are different. All are good at the net and much more powerful, and the game is much slower. We will try our best to combine world-level volleyball and Japanese volleyball together.”

Japan’s domestic league – the V. League – will be restructured from the 2018-19 season to give it a more unified, professional and national perspective.
“The ‘Super League’ is the first step toward starting a sports business in volleyball and making our league one of the top leagues in the world,” V. League chairman Kenji Shimaoka said at a news conference. The V. League already attracts some of the top players in the world and the hope is that a stronger league will produce stronger players.
The Japan team will train in Japan in April before heading for Italy for further training ahead of their FIVB Volleyball Nations League debut in Brazil on May 15. They will compete in the Asian Games in August ahead of October’s FIVB Volleyball Women’s World Championship in Japan.