POLAND,BRAZIL LEAD THE WAY AFTER HALFWAY POINT IN MEN’S VNL

Lausanne, Switzerland, June 11, 2018 – With the top three teams in the table winning all their matches in Week 3 of the 2018 FIVB Men’s Volleyball Nations League things remained more or less unchanged, though with pool play now past the halfway point the race is getting tighter for tickets to the finals of this inaugural edition.

Poland and Brazil remain at the top of the standings after each registered three wins over the weekend and remain on one defeat each. And France, who have already secured their berth as hosts of the finals in Lille, 4-8 July, also won thrice and remain in close pursuit of the leaders.

Iran’s Saman Faezi got in a tournament-high seven blocks in three sets against China. 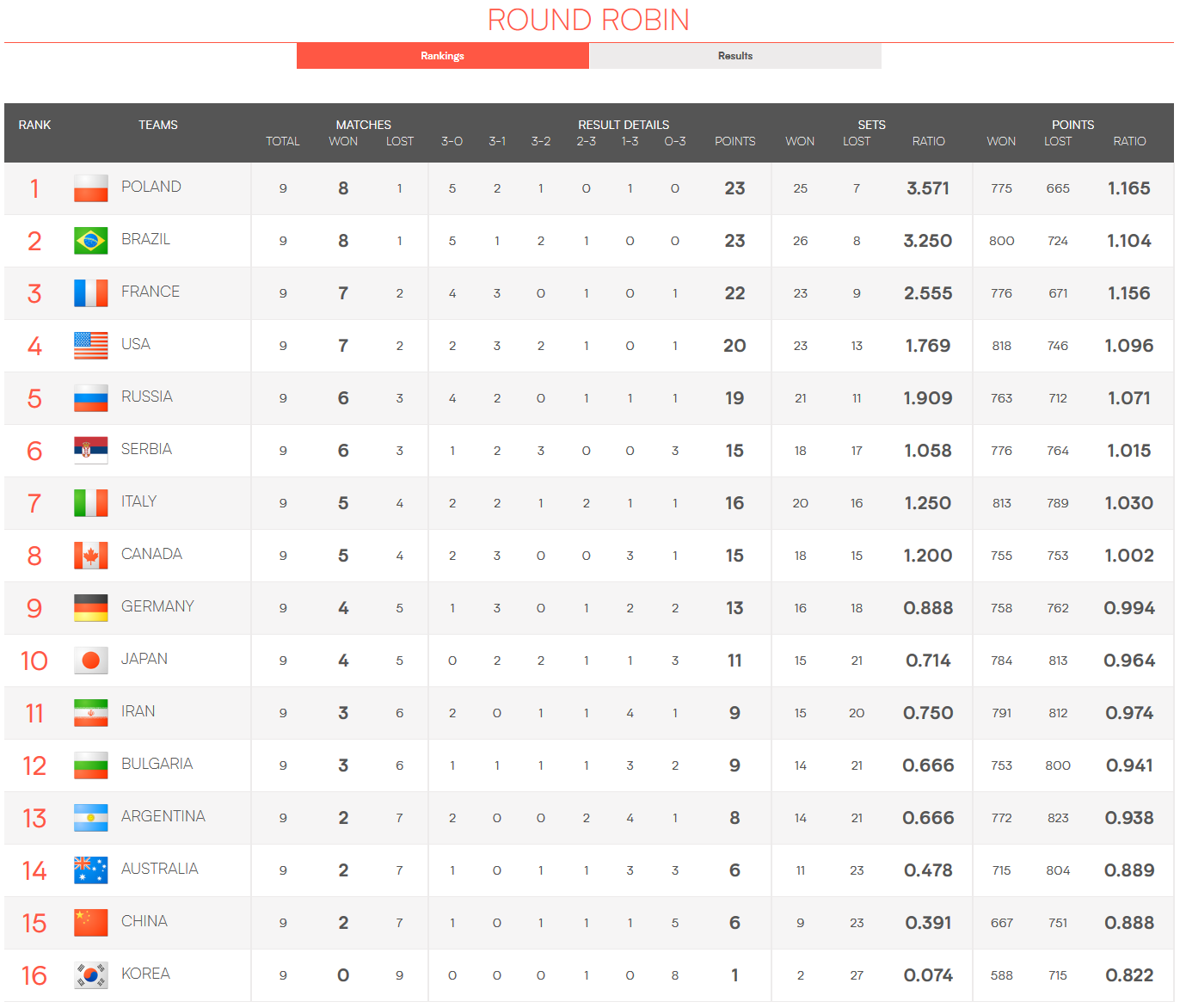