Lausanne, Switzerland, July 31, 2019 – Twenty-four women’s teams are all lined up this week, in search for six available tickets to the Tokyo 2020 Olympic Games, as the qualification process for the grandest sporting event on the planet begins tomorrow and heats up over the weekend.

The 24 teams are divided into six pools of four each, with the top teams by Sunday evening punching their tickets for the Japanese capital next year.

They will be joining Japan, who as hosts have already secured one of the 12 available berths. 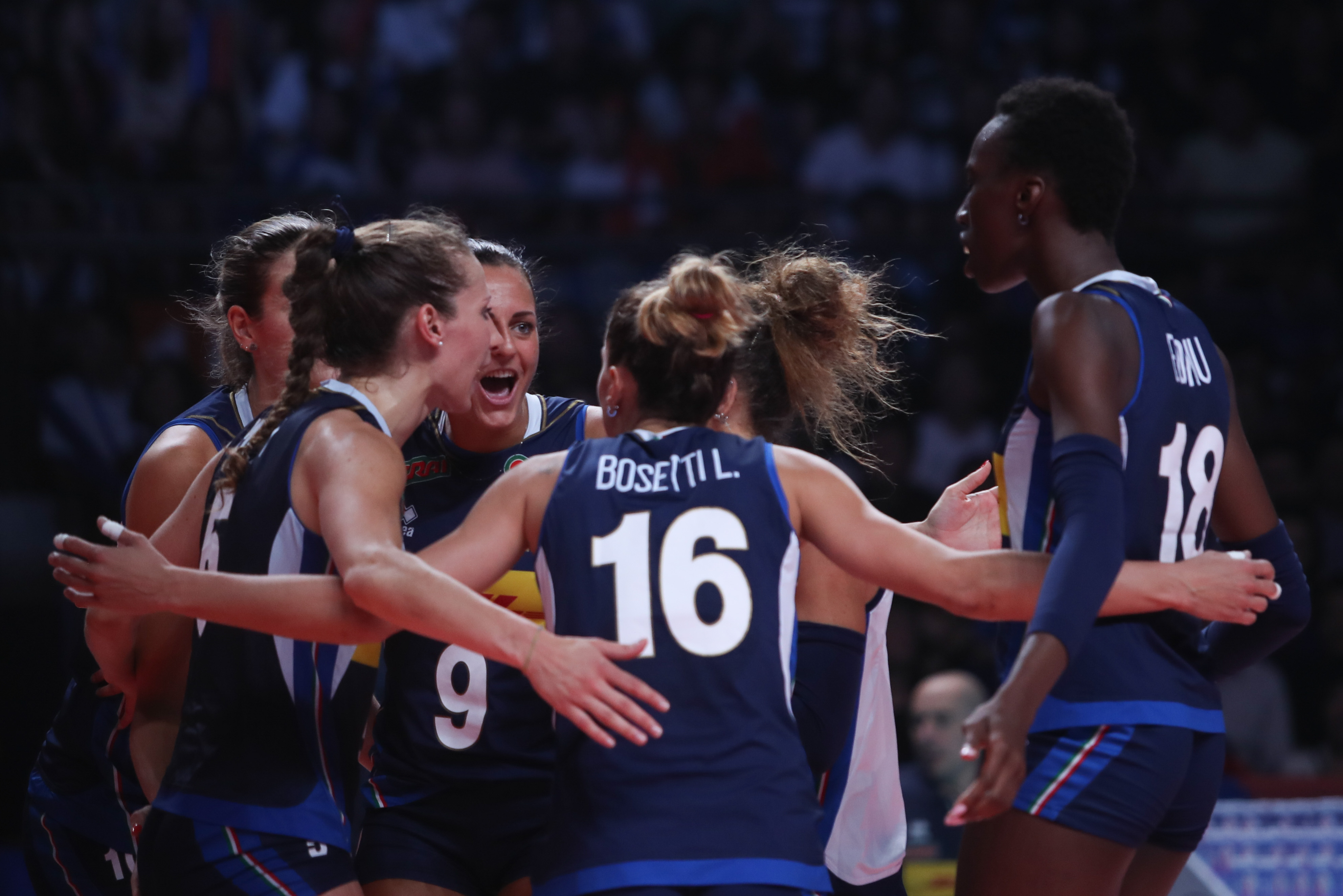 A further five teams will emerge in January from the Continental Olympic Qualifiying Tournaments, to complete the Tokyo 2020 lineup.

The women’s tournaments, scheduled for this weekend:

With everyone pushing forward the best resources they have available, the Olympic qualifiers are expected to be highly competitive, though for each pool clear favourites do seem to have the upper hand.

Brazil open proceedings Thursday (with the other five pools starting Friday), and theoretcially should cruise through Pool D at home in Uberlandia, with all their top guns from the FIVB Volleyball Nations League back in action, including outside hitter Gabi Guimaraes and middle blocker Ana Beatriz ‘Bia’ Correa.

The Dominican Republic, however, are always in position to put up a challenge for any side, so their head-to-head against Brazil on the closing day of the pool, Saturday, is one to watch. 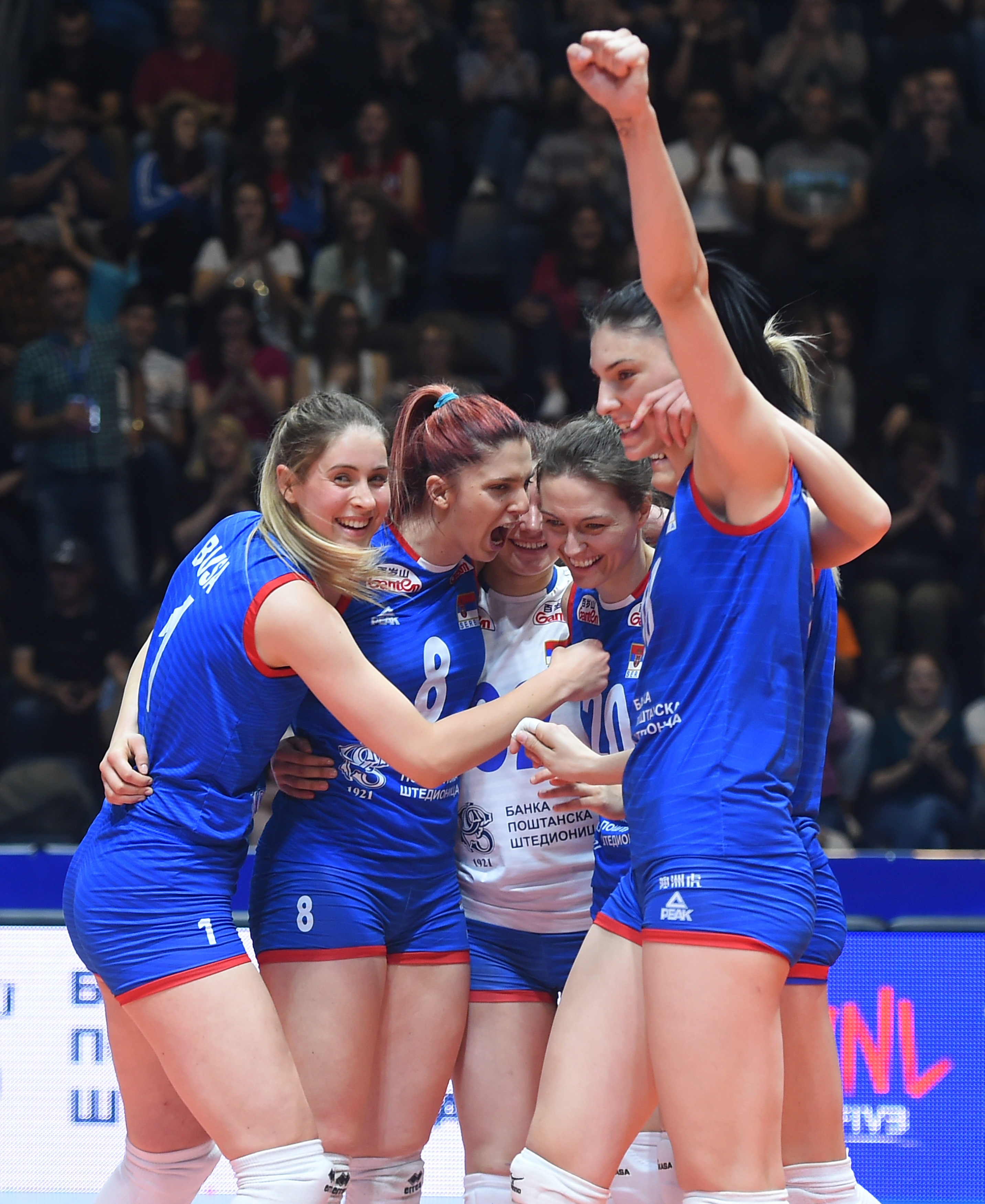 Reigning world champions Serbia, with superstar Tijana Boskovic leading the Balkan side, are the surest bet for Pool A, but they will have to overcome the challenge of hosts Poland and their Volleyball Nations League top-scoring opposite Malwina Smarzek.

Defending Olympic champions China will be back in full force at home for Pool B, spearheaded by Rio 2016 MVP Zhu Ting, but Turkey would be waiting round the corner, ready for any slip-up from the Asian powerhouse.

Pool C seems on paper to be the most straightforward of them all, with recently crowned VNL champions USA hosting three sides further down the world rankings.

Again it’s the hosts who are billed to go through from Pool E, as Russia are expected to be strengthened with the return of Nataliya Goncharova (though not yet Tatiana Kosheleva). Kim Yeon-Kung’s Korea should be Russia’s main obstacle on the Road to Tokyo.

And Italy, sporting their solid stars that have seen them excel over the last years alongside some of the youngsters that shone especially bright this season in the VNL, are probably favourites at home in their last-day major clash with rivals the Netherlands for the last ticket from this round of qualifiers. 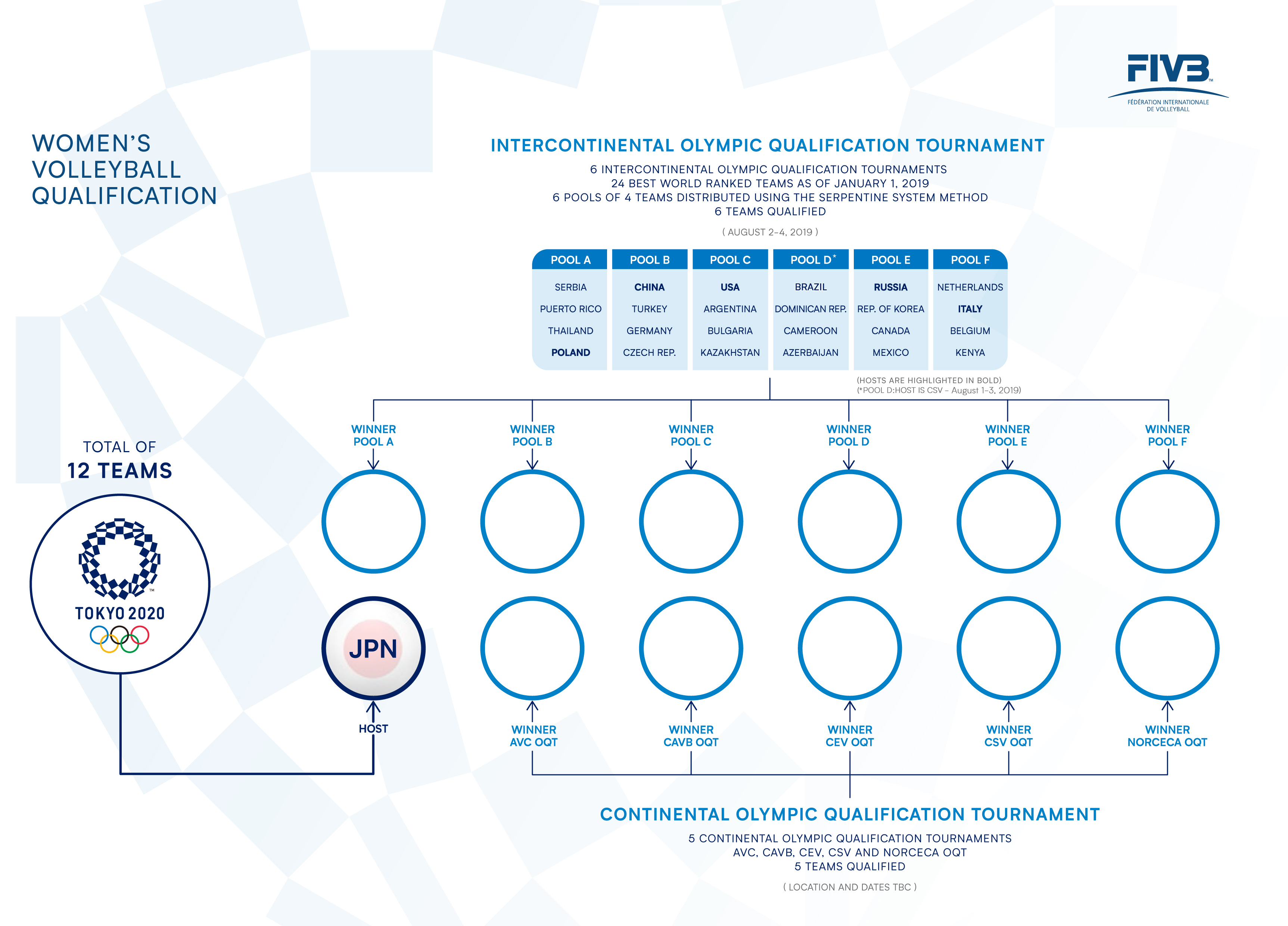 The men’s Olympic qualification process opens a week later under the same format. 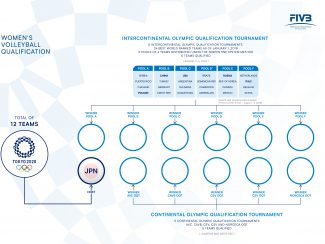 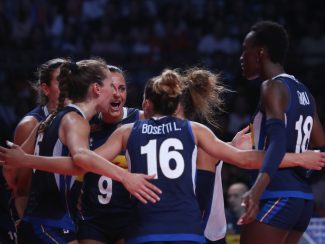 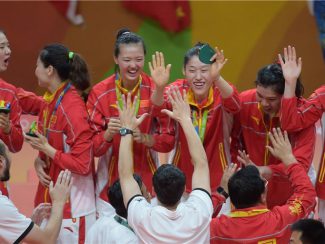