Bangkok, Thailand, April 7, 2020 – The Semi-finals and Finals of the AVC Continental Cup, the double-gender beach volleyball events which have served as the qualification for the Tokyo 2020 Olympic Games, have been postponed due to the on-going novel coronavirus (Convid-19) outbreak.

The Semi-finals and Finals were due to take place in China’s coronavirus epicentre Wuhan, with the former being originally scheduled to begin from June 20 to 22 and the latter set for June 25 to 28. However, the burgeoning epidemic has wreaked havoc with the international sports calendar including the Tokyo 2020, which has eventually resulted in the postponement until next year.

In early March, AVC had decided to postpone many beach volleyball events including the Asian Beach Volleyball Tour “Samila Open” in Songkhla, Thailand from April 14 to 16 until later this year, while the postponement of the Semi-finals and Finals of the AVC Continental Cup was another topic mentioned in the announcement earlier.

This postponement is in line with the strict safety measures of FIVB and the IOC to safeguard the health of the athletes, everybody involved at the competition and the Asian volleyball community.

The postponement will continue until further notice, based on the information provided by the IOC and FIVB. However, AVC has been keeping close contact with FIVB and the relevant National Federations during these troubled times to make things clear when the outbreak will end and life get back to normal. After that, AVC will assess the situations to ensure that its scheduled competitions can pick back up again. 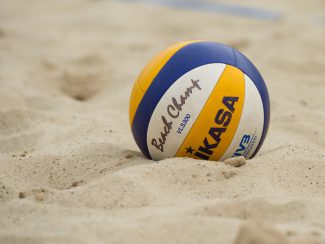