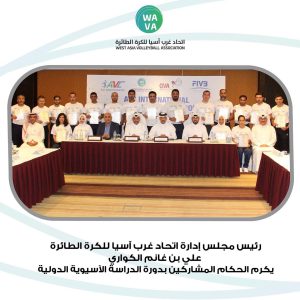 Course Director Mr Waleed Abdelsamad from Egypt, himself FIVB Referee Instructor & FIVB Referee Coach, conducted the course in both theoretical and practical sessions between June 2 and 9, 2022. A total of 19 candidates participated in the eight-day workshop. 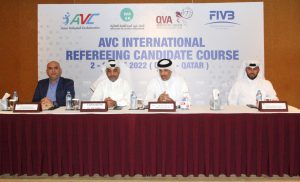 In the closing ceremony on Thursday, Mr Ali bin Ghanem Al-Kuwari, himself President of Qatar Volleyball Association, welcomed all the participants in the course and congratulated them on the high level of managing the friendly matches that took place in the Qatar Volleyball Federation Hall for the practical aspect and the application of legal developments to the game at the required level in accordance with the instructions of the FIVB. 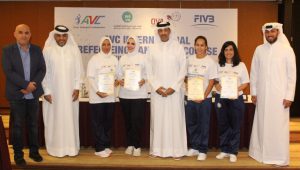 The WAVA President confirmed that arbitration has become a difficult figure in volleyball courts, especially after the new amendments made by the FIVB. He further said that the importance of making efforts by everyone to develop arbitration and referees, pointing to the importance of making efforts for each referee in the process of improving his performance and responsibility he has in this regard. 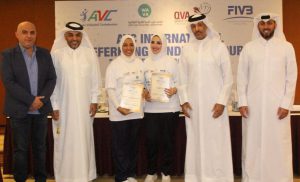 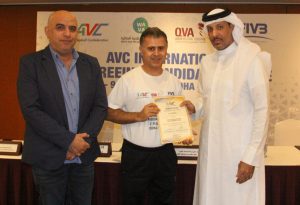