Chinese volleyball star Yan Ni announced her retirement from the sport on Tuesday.

“The 14th Chinese National Games in Shaanxi is the fourth National Games I have participated in, and it’s also the last tournament of my career as a volleyball player,” Yan wrote on her social media account.

“I would like to thank a lot of people who have accompanied me all the way through, the leaders, my coaches, my teammates, my fans and my family. Wish all the people all the best,” added the 34 year old. 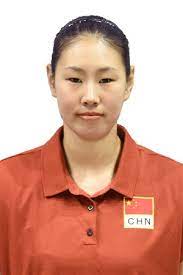 In September, Yan helped Liaoning provincial team win bronze at the National Games after the Chinese women’s volleyball squad suffered an early exit from the Tokyo Olympic Games with a 2-3 win-loss record in the preliminary stage.

“I am glad that I have always tried my best over the last twenty years as a volleyball player. There were so many times when I thought about giving up, but each time I held on and fortunately I could bow out of volleyball today with some satisfactory results,” said Yan.