Hamburg, Germany, July 1, 2019 – For the first five months of 2019, Tina Graudina was honing her skills in leading an American collegiate team to a second-place finish in the national championships in early May.

Here Monday at the $1-million FIVB World Championships presented by comdirect & ALDI Nord, Graudina and her Latvian partner Anastasija Kravcenoka claimed the Pool B title with their third-straight group win over a team from Germany.

Initially seeded 26th in the competition after qualifying for the world championships through the European pathway, Graudina and Kravcenoka will assume the second spot in the 32-team elimination bracket when the knockout phase of the competition begins Wednesday.

“It’s been a dream start,” said Graudina after her team’s 2-0 (21-14, 21-17) Pool B win Monday over 47th-seeded Leonie Kortzinger/Sarah Schneider of Germany. “It’s been so far so good, but this is only the beginning.  We didn’t expect to win the pool, but the results suggest we’re playing good volleyball. We just have to continue that now.”

Graudina and Kravcenoka, who defeated teams from Austria and Poland this past weekend at Am Rothenbaum Stadium, were one of six women’s teams winning groups Monday with six more to be decided Tuesday.

Following the last women’s pool play matches Tuesday, the elimination bracket will be determined as the top two teams in each group advance automatically to the round of 32 along with the four best third-place finishers from action based on match points and set ratio.

The next eight third-place pool finishers will be competing Tuesday afternoon in the lucky loser playoffs where four teams will fill the last four spots in the 32-team elimination bracket. Women’s play continues through Saturday when the medal matches will be played as the winning team shares the $60,000 first-place prize and a spot for their country in Tokyo 2020 Olympic Games.

Joining Graudina and Kravcenoka as elimination bracket qualifiers from Pool B were second-seeded Lena Plesiutschnig/Katharina Schutzenhofer of Austria, who lost to Latvians on the first day of play Friday and rebounded with wins Saturday and Monday over pairs from Germany and Poland. 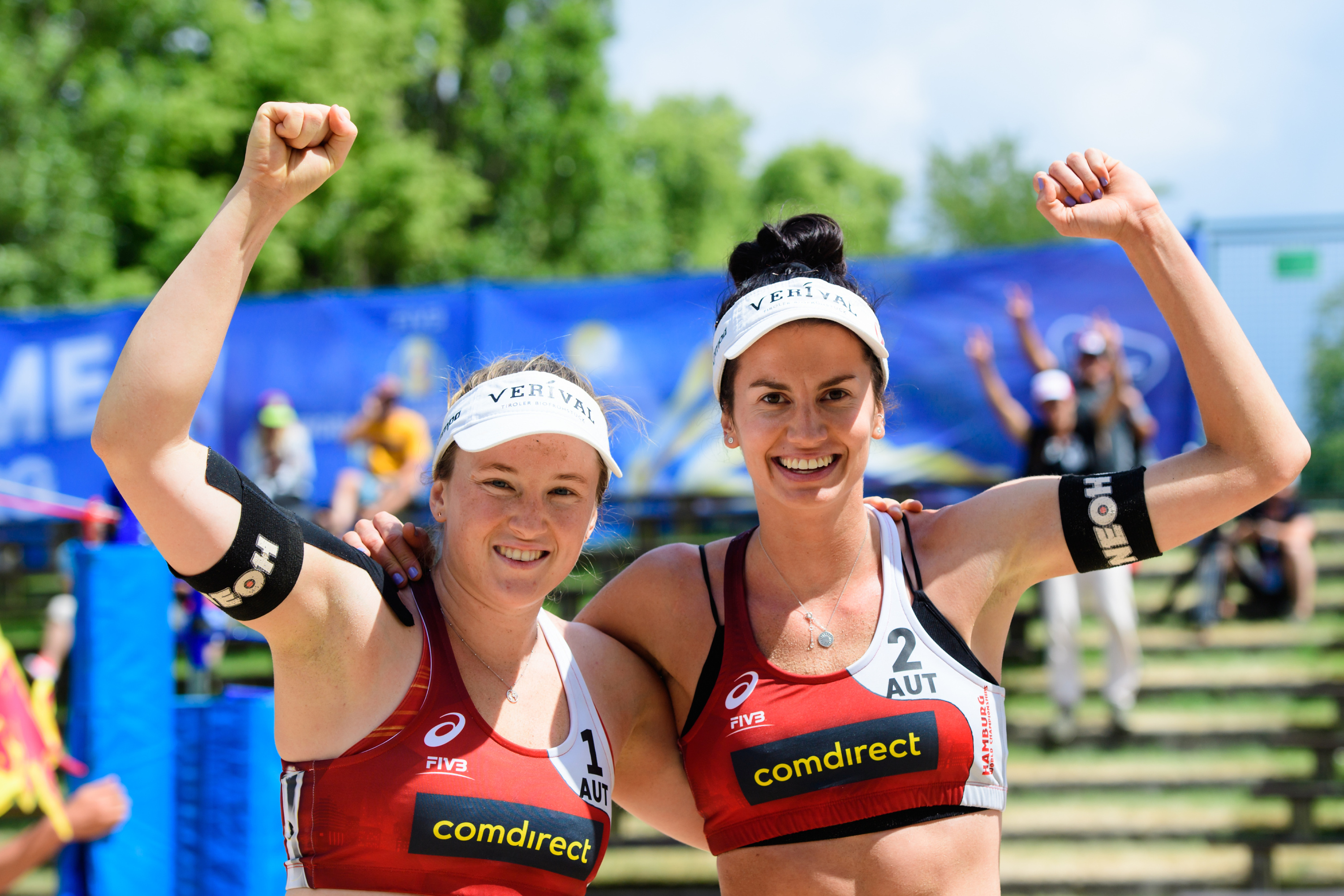 Replacing a team from the Czech Republic this past Thursday due to an injury to Marketa Slukova, Schutzenhofer said “it’s not been easy for us, coming in so late, not knowing if we were in the tournament or not but we were on fire today and that’s more like us.  We were nervous in our first two matches; we were not used to the arena and it was difficult to prepare. However today we showed we can beat a lot of the top teams if we play our best.” Borger and Sude defeated fifth-seeded Alix Klineman/April Ross of the United States in Monday’s match to win Pool E, the Italians bested  top-seeded Sandra Ittlinger/Chantal Laboureur of Germany for the Pool A leadership and Stubbe and van Iersel topped Pool G after defeating higher-seeded teams earlier in the competition. 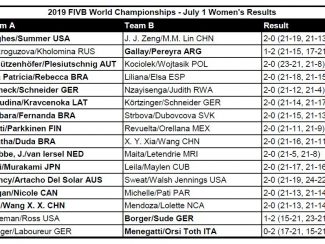 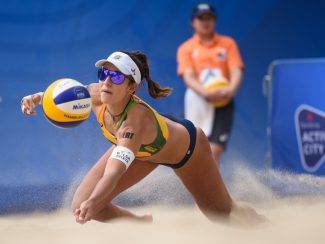 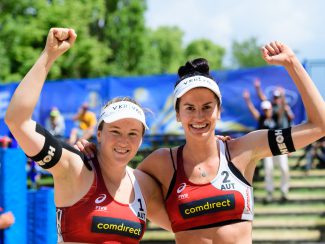 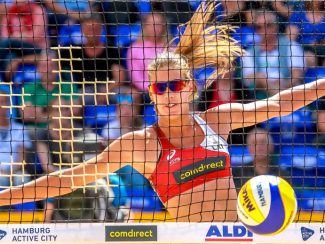