DYKSTRA AND HOUSE GET GOLDEN FINISH IN BATTAMBANG

Dykstra and House completed their winning streak when they defeated Greece’s Konstantina Tsopoulou and Dimitra Manavi 2-0 (21-19, 21-14) in the finale. 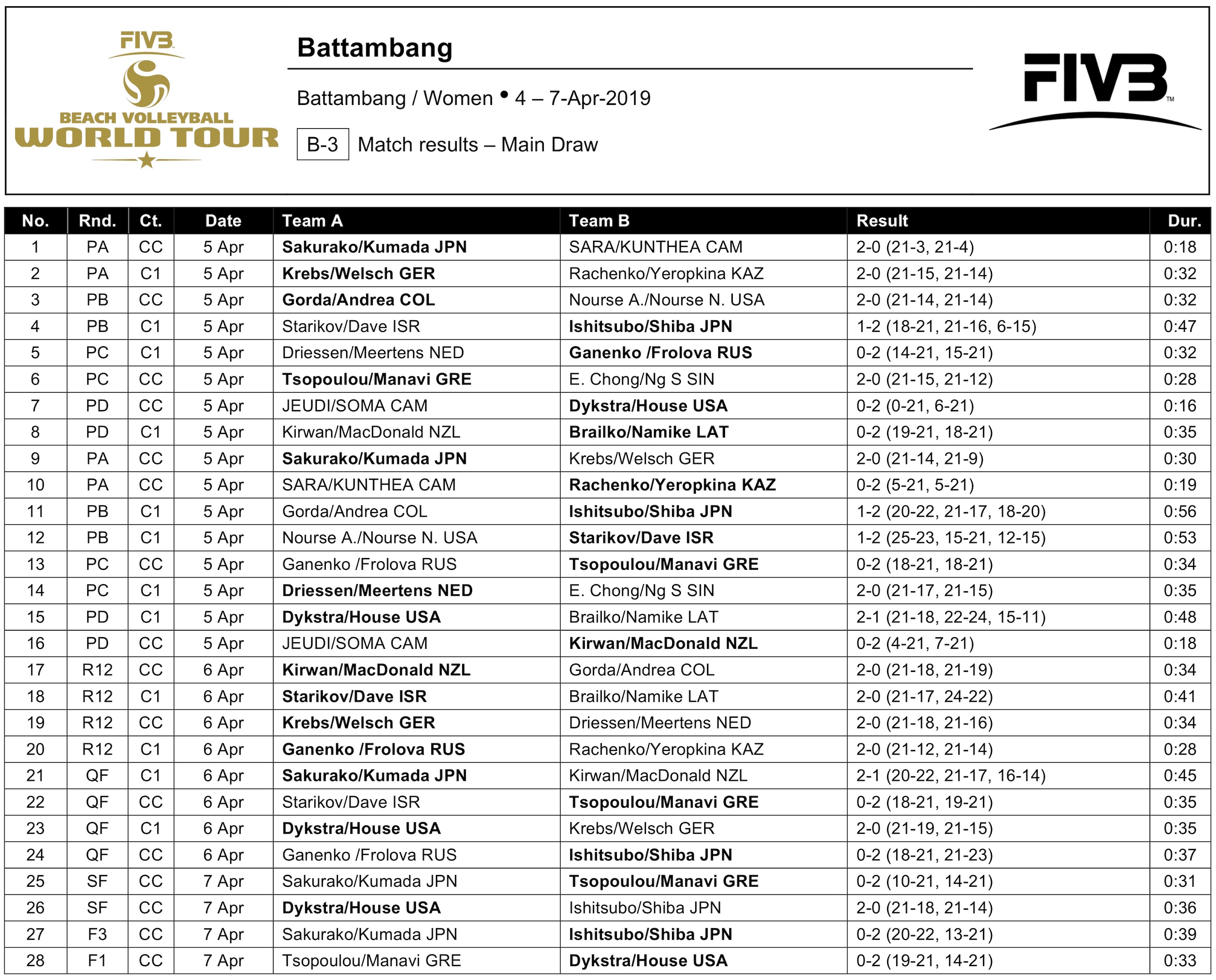 The newly formed USA pair became the 20th women’s team to win the FIVB World Tour after qualifying for the main draw. Dykstra has accomplished this feat once before when she and Allie Wheeler qualified for the main draw in Liechtenstein last August 8 before winning the Vaduz gold medal on August 11.

In the all-Japanese bronze medal match, Satono Ishitsubo and Asami Shiba outplayed the Sakurako Fujii and Minori Kumada in straight sets. After claiming a two-set winning margin in the opening set 22-20, Ishitsubo and Shiba secured the medal with an easier 21-13 win in the second frame.

Ishitsubo and Shiba have been playing together since 2018 and are playing in their 9th FIVB World Tour tournament. They now have one gold medal and two bronze medals. They won their last bronze medal at the Siofok 1-star.