Battambang, Cambodia, April 6, 2019 – The United States’ Lara Dykstra and Cassie House extended their winning streak with a straight-set triumph in the quarterfinals of the FIVB Beach Volleyball World Tour Battambang 3-star on Saturday.

The USA pair came from the qualification round and reached their first World Tour final four as partners after beating Germany’s Anika Krebs and Leonie Welsch 2-0 (21-19, 21-15).

Three other teams that had strong showing in pool play – Japanese pairs Sakurako Fujii and Minori Kumada and Satono Ishitsubo and Asami Shiba, and Greece’s Konstantina Tsopoulou and Dimitra Manavi – succeeded in their respective quarterfinal matches. 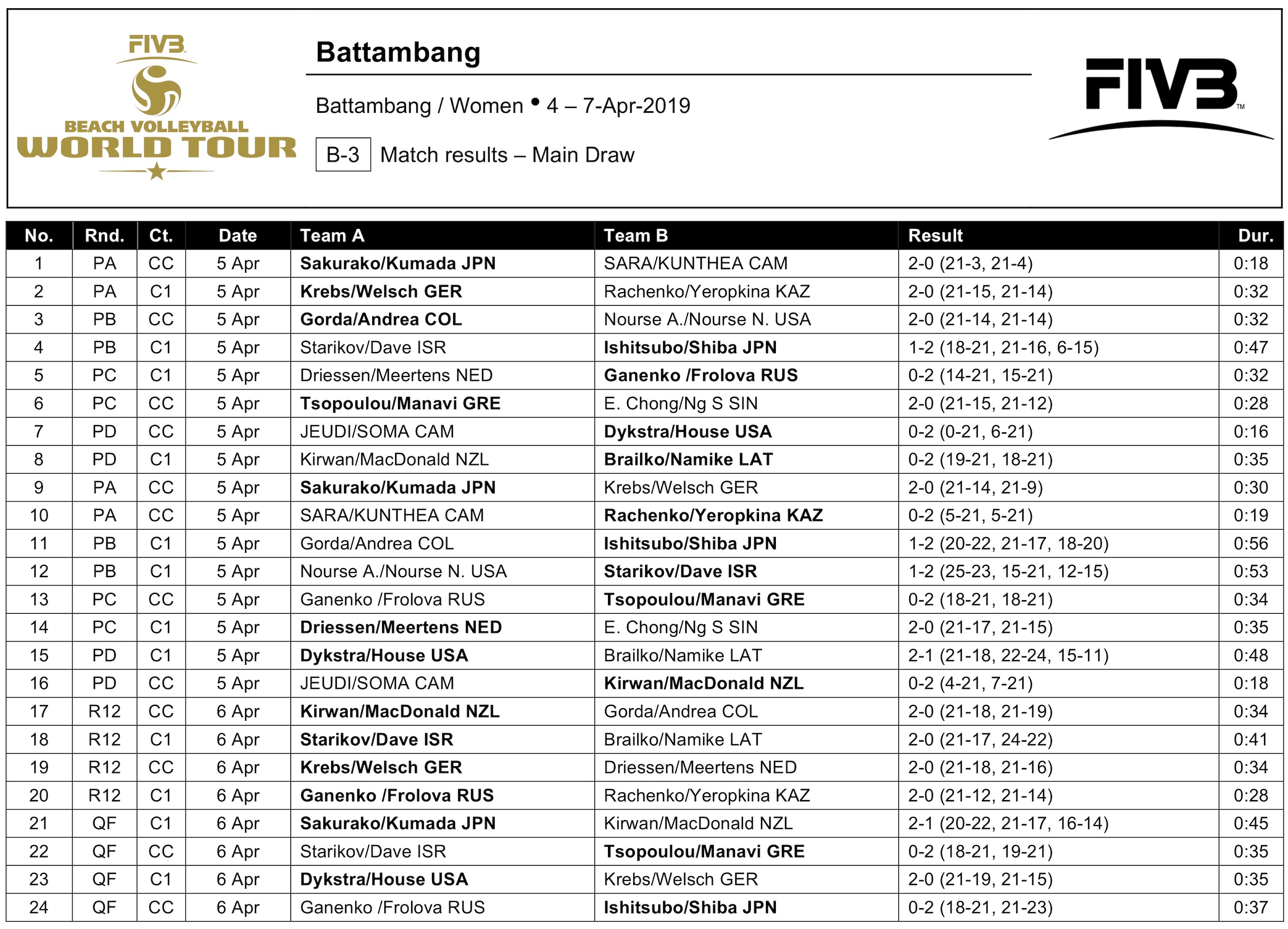 Top seeded Japanese pair Sakurako and Kumada rallied from a set down to win their match against New Zealand’s Francesca Kirwan and Olivia MacDonald 2-1 (20-22, 21-17, 16-14) to earn the semifinal berth, while their compatriots Ishitsubo and Shiba secured their final four spot with a 2-0 (21-18, 23-21) win over Russia’s Aleksandra Ganenko and Anastasiia Frolova.

Tsopolou and Manavi sustained their momentum in the competition with a steady 2-0 (21-18, 21-19) finish against Israel’s Sofia Starikov and Anita Dave.