The FIVB President, alongside FIVB General Director Fabio Azevedo, FIVB Director for Asia and Oceania Luis Alexandre Pontes Rodrigues and FIVB Head of Technical and Development Steve Tutton, met with Philippine Olympic Committee President Tolentino and his team to share the latest innovations within the FIVB and opportunities for volleyball in the Philippines.

The FIVB President praised the great work of the Philippines in hosting two pools of the Volleyball Nations League (VNL) 2022, and the incredible passion and loyalty of the local fans who packed the stadium to cheer for some of the best teams in the world. 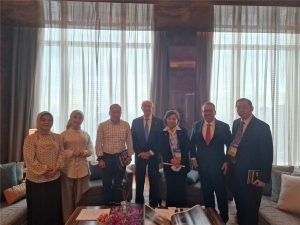 Meeting with Indonesian Ambassador to the Philippines Agus Widjojo

Earlier during the visit, the FIVB President met with Indonesian Ambassador to the Philippines Agus Widjojo and discussed the potential of the sport in Asia and Indonesia, as well as the support available from the FIVB to all 65 Asian National Federations to ensure the growth and development of their national teams. 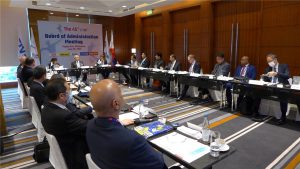 Meeting with the AVC Board of Administration

The FIVB President also addressed the Asian Volleyball Confederation (AVC) Board of Administration in the Philippines where he reiterated his commitment to growing volleyball and beach volleyball in Asia under the leadership of AVC President Rita Subowo. Later that day, the FIVB and Volleyball World signed a landmark agreement with the AVC to explore and enhance the commercial potential of senior international volleyball and beach volleyball events in Asia, as well as focusing on the growth of the sport and empowerment of National Federations, events and athletes. 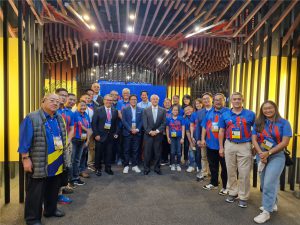 President Dr Ary S. Graça F° also had an opportunity to directly congratulate the Organising Committee of the VNL 2022 pools for their dedication and efforts to make this event a huge success and provide an unforgettable experience for local Filipino fans. The FIVB President also thanked the team liaisons for their support to teams and officials, and the way in which they displayed world-class Filipino hospitality. 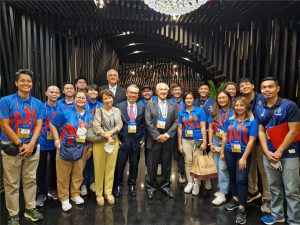 FIVB President with the liaisons for teams and officials