Lausanne, Switzerland, March 4, 2019 – After two weeks of play on the Asian continent, the FIVB World Tour moves on to Australia where Manly Beach hosts the Beach Volleyball “elite” starting Wednesday for VolleyFest 2019.

The FIVB World Tour returns for the third-straight season to Manly Beach, which is a 30-minute ferry ride from Circular Quay and the world-famous Sydney Opera House.  VolleyFest 2019 will be the 12th men’s and women’s event on the 2018-2019 international calendar as the FIVB staged events the past two weekends in Cambodia and India,

Canadians and Australians captured the last Manly tournaments where competition was held in late November 2017 at the start of the FIVB World Tour’s 2017-2018 campaign.  Grant O’Gorman and Ben Saxton of Canada topped the men’s podium last season with Australians Taliqua Clancy and Mariafe Artacho pleasing the Manly patrons by winning the women’s gold medal. 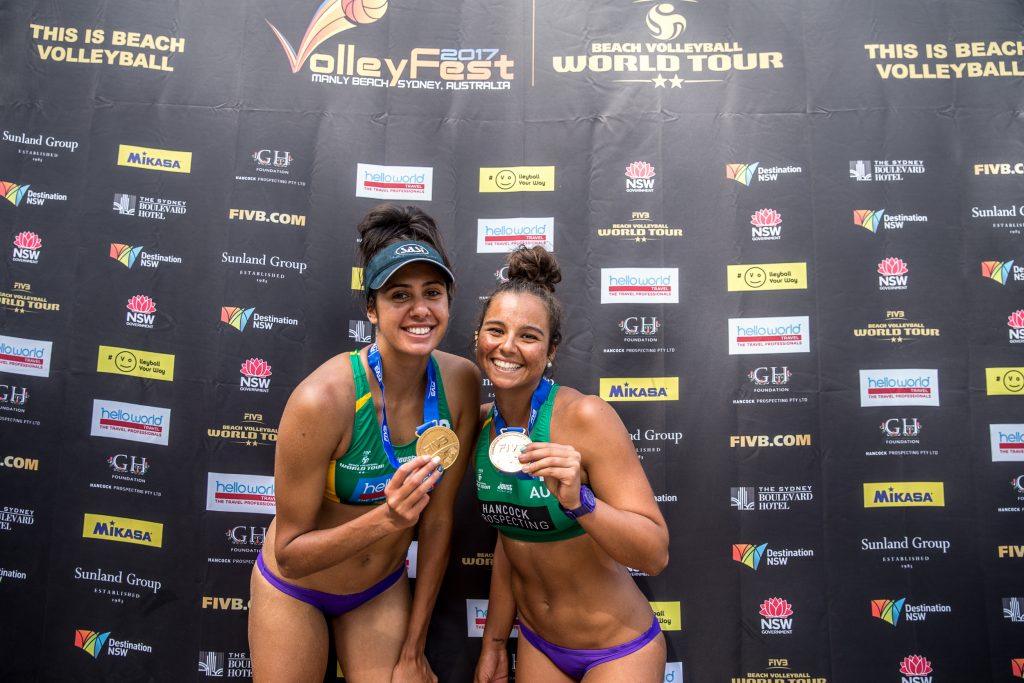 Following Wednesday’s qualifier, the US$150,000 VolleyFest 2019 continues Thursday with pool play leading to the weekend’s elimination matches that set the field for Sunday’s medal matches where the winning teams will share the $10,000 first-place prizes.

VolleyFest 2019 started last weekend on Manly where Clancy/Artacho and compatriots Chris McHugh/Zachery Schubert captured the titles Sunday by defeating teams from Japan and France, respectively, to win the gold medals at the Australian Championships.

While the Australians were finishing their domestic season Sunday, German and the Czech Republic pairs were crowned men’s and women’s winners, respectively, later in the day as India hosted its first-ever FIVB World Tour event in Visakhapatnam.

Despite dropping the field, Hsieh and Wang became the first men’s team from Chinese Taipei to claim a spot on a FIVB World Tour podium.  Hsieh and Wang’s silver medal finish was highlighted by five-straight wins, including a qualifying victory Thursday to advance to the Vizag Open main draw.

The sixth of six-straight Asian confederation events on the international circuit will be in March 21-24 for a women’s only tournament in Siem Reap, Cambodia.