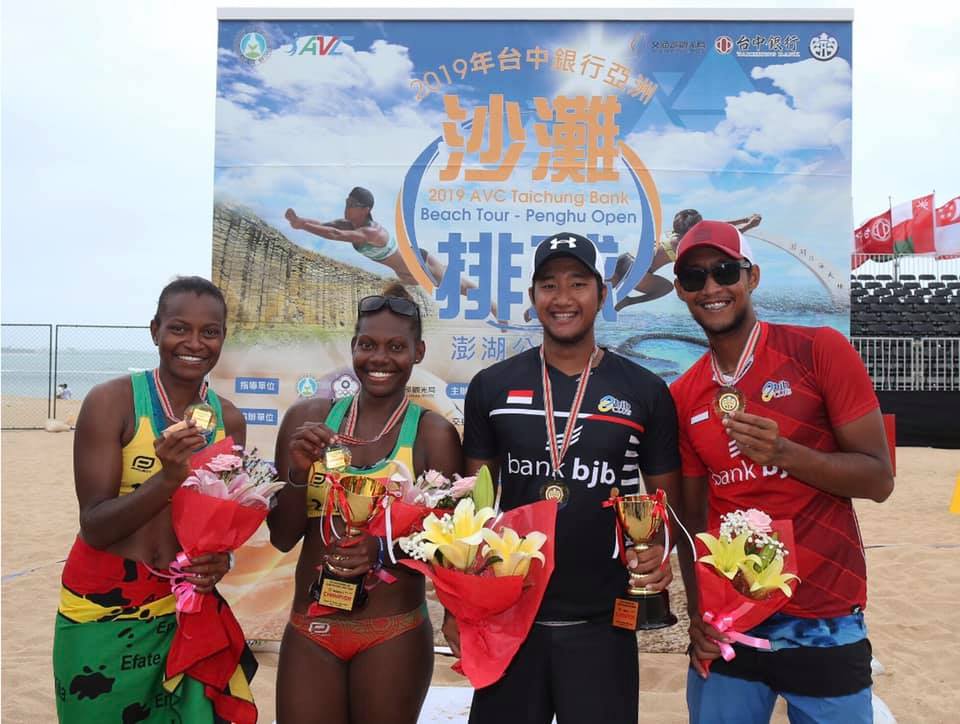 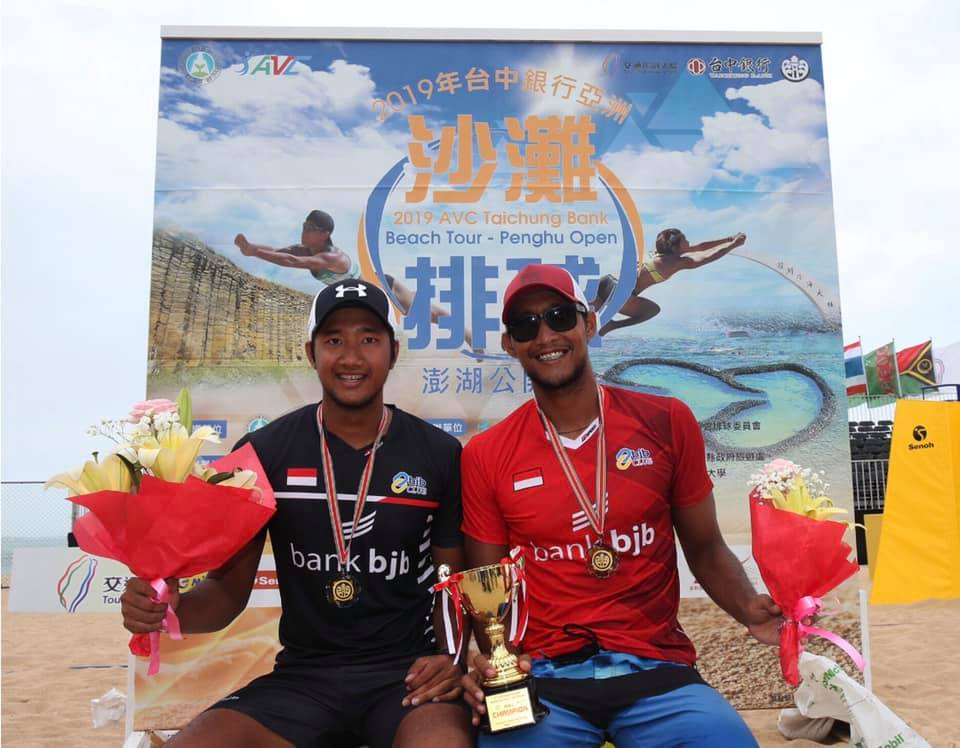 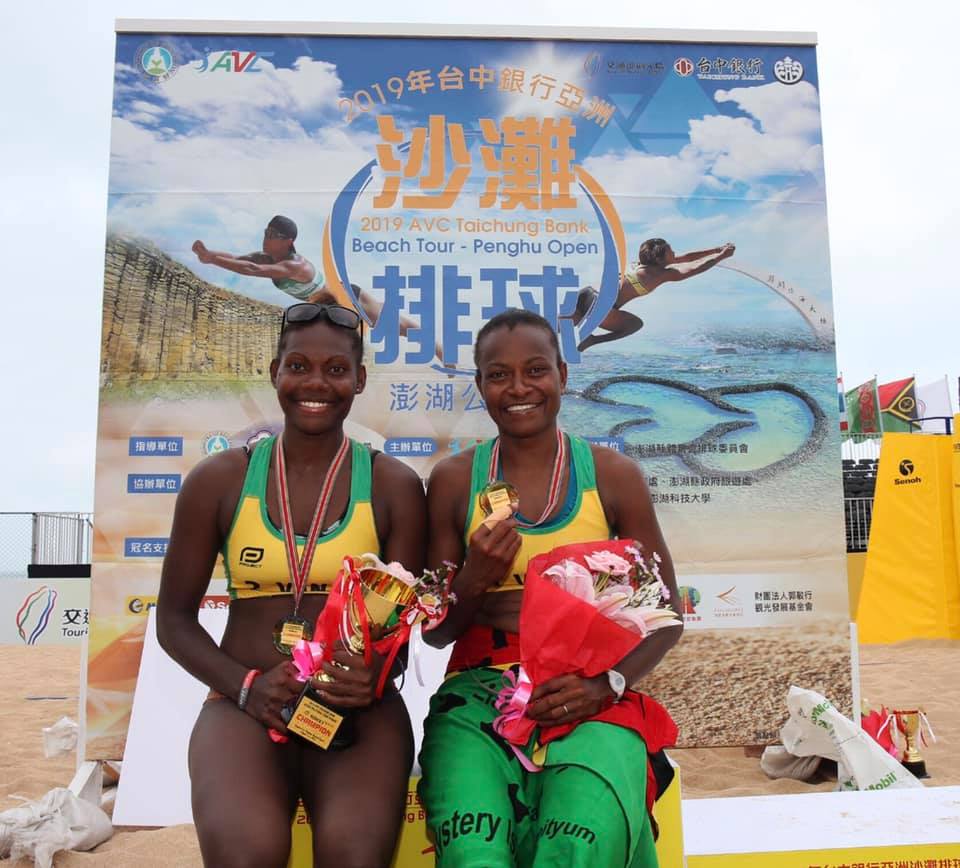 Promising Miller Pata and youngster Sherysyn Toko, who performed superbly to win gold medal at the 2019 Samoa Pacific Games, made Vanuatu proud again when the terrific pairing came from behind to beat Indonesians Dhita Juliana/Putu Utami, bronze medallists at the last year’s Asian Games, 20-22 21-11 15-12 to reign supreme in the women’s event. Pata had already sparked an emotional scene at the Gold Coast 2018 Commonwealth Games when she famously carried her seven-month-old son, Tommy, onto the podium during the awards presentation. Vanuatu claimed bronze medal there. 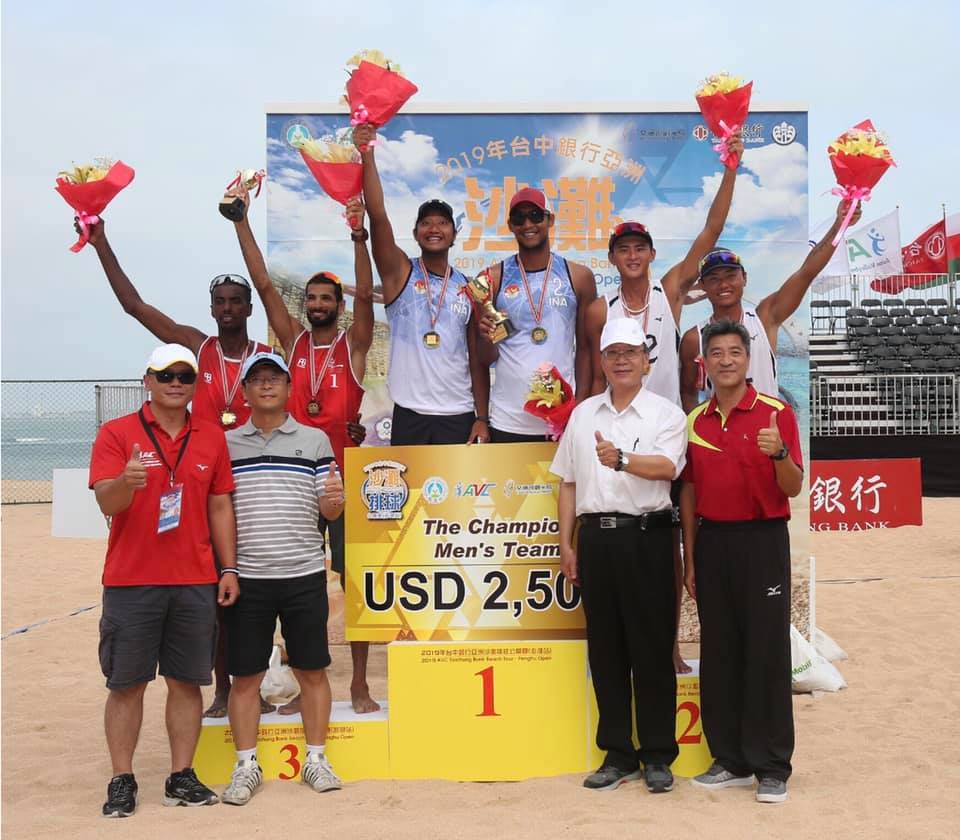 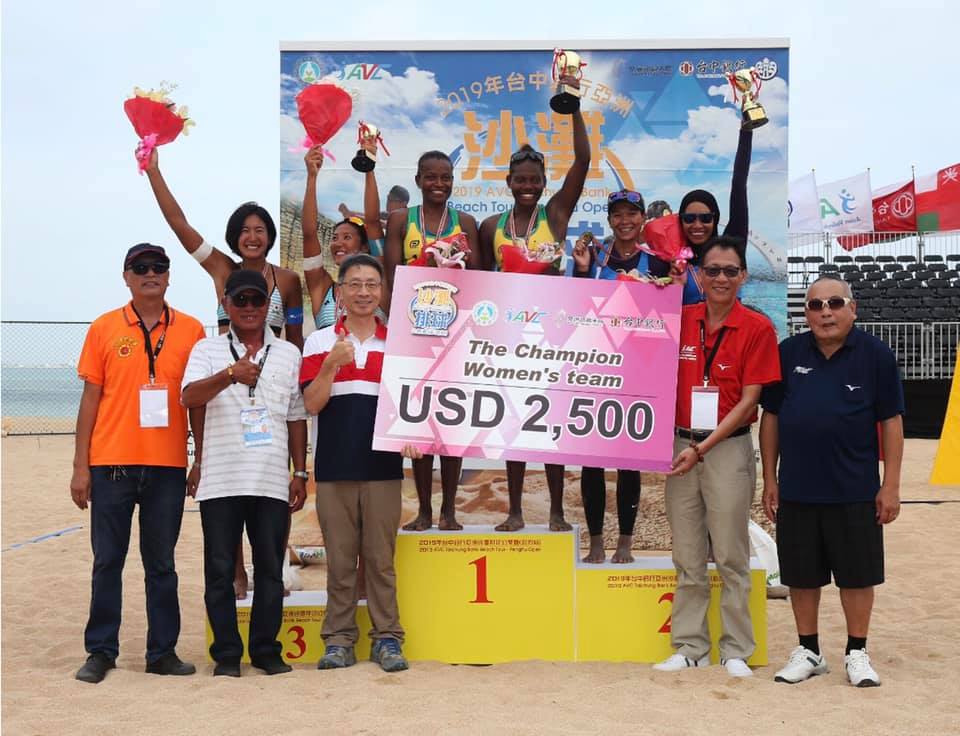 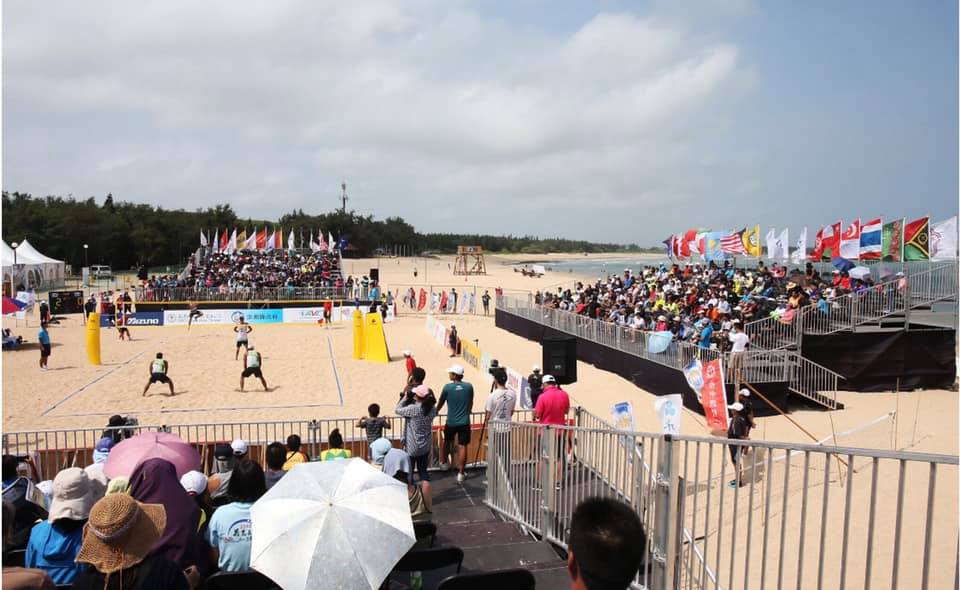 In the semi-finals earlier, Candra/Ashfiya proved their superiority over Ahmed/Haitham to outclass the Omani pairing 21-11 21-17 in 31 minutes, while Wang C.J/Hsieh Y.J advanced to the final showdown after terrific comeback 2-1 (18-21 22-20 17-15) win against Indonesians Gilang/Danang in 48 minutes. 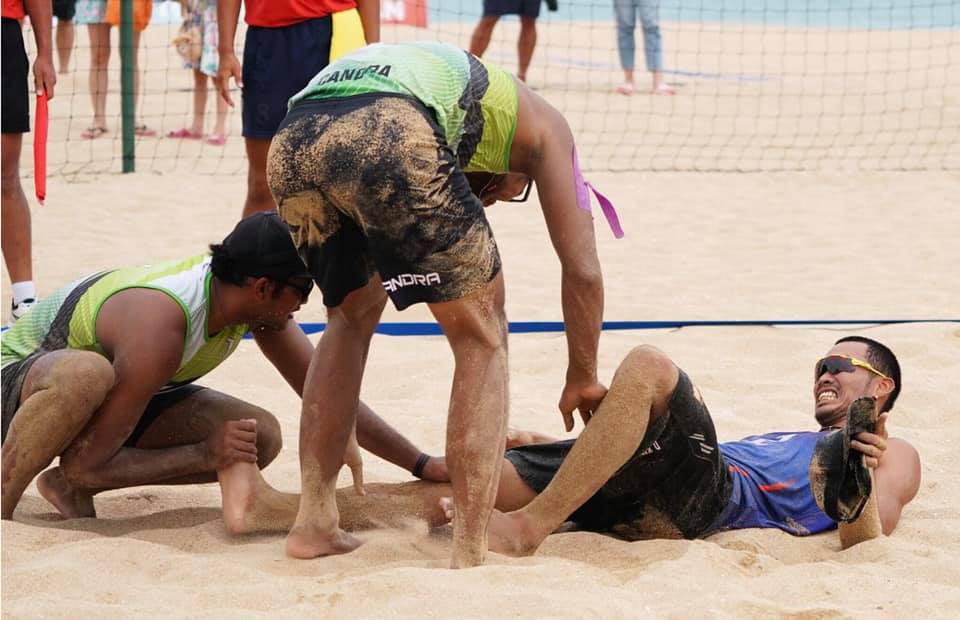 Despite the competitive competition, friendship without barriers could be seen among all participating players. On Saturday’s quarter-finals, a men’s encounter between Thailand’s Kitti Duangjinda/Dunwinit Kaewsai and Indonesia’s Candra/Ashfiya sparked another emotional scene. 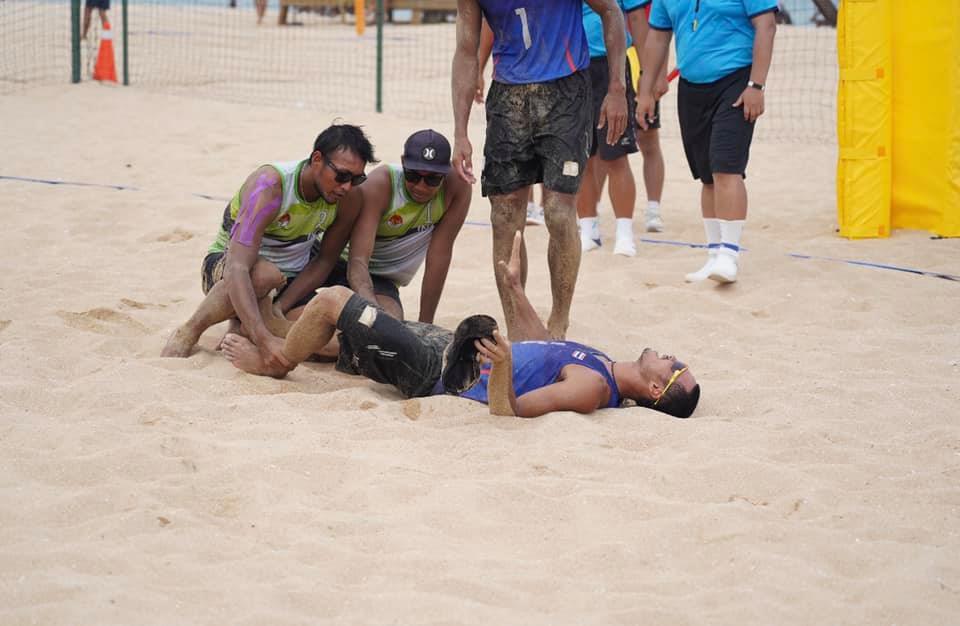 Dunwinit collapsed to the ground with his face distorted in pain, suffering from the legs cramps. The Indonesian duo, though having nothing to do with the Thai player in terms of rivalry, had no hesitation in rushing to help the injured Thai, massaging him to relieve the pain as if Dunwinit were a beloved one in their own families. As a saying has it, when it comes to storytelling, a beautiful scene can occur even in an action-packed sport competition. 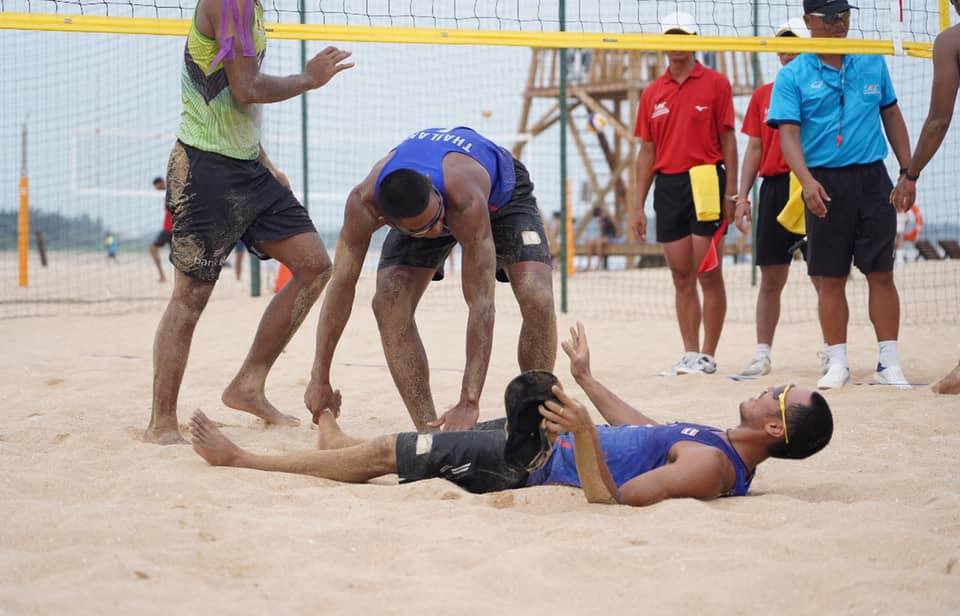 However, Dunwinit was not the first one to sustain the legs cramps in that match, his team-mate Kitti also had a sudden pain in the muscles of his leg during the competition, but he just did not want to give up easily. On the other hand, he continued the fight. 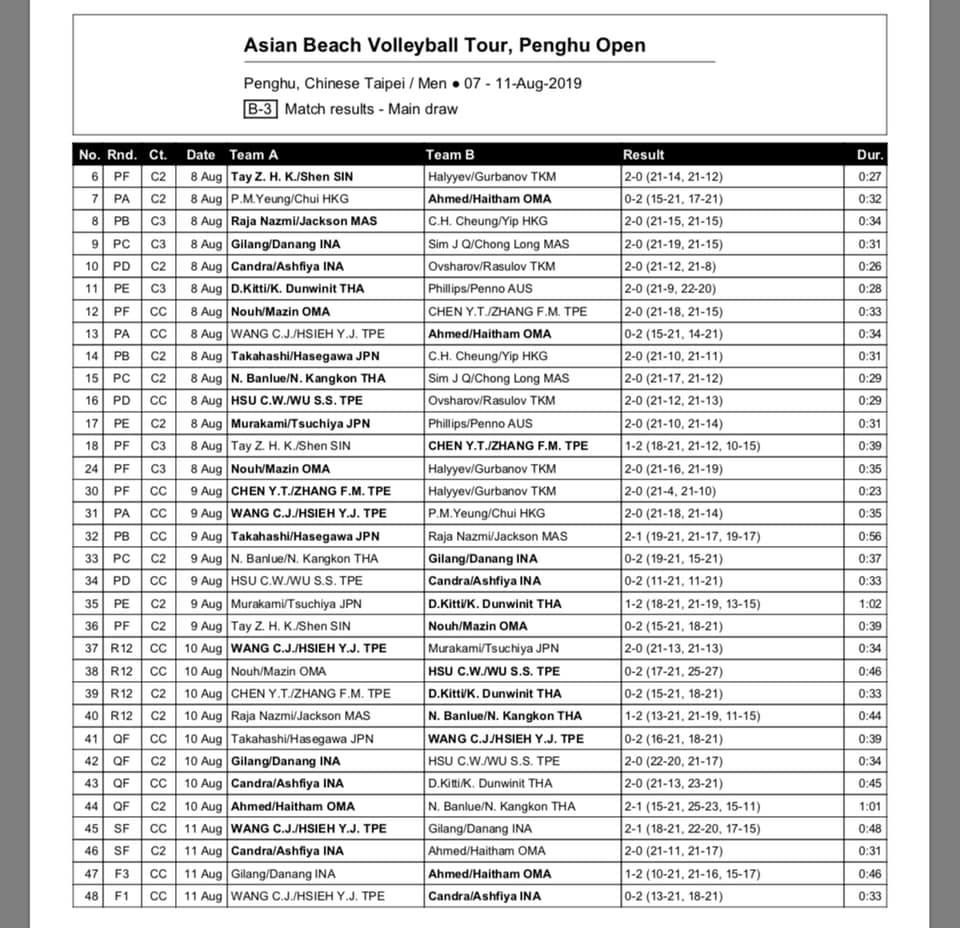 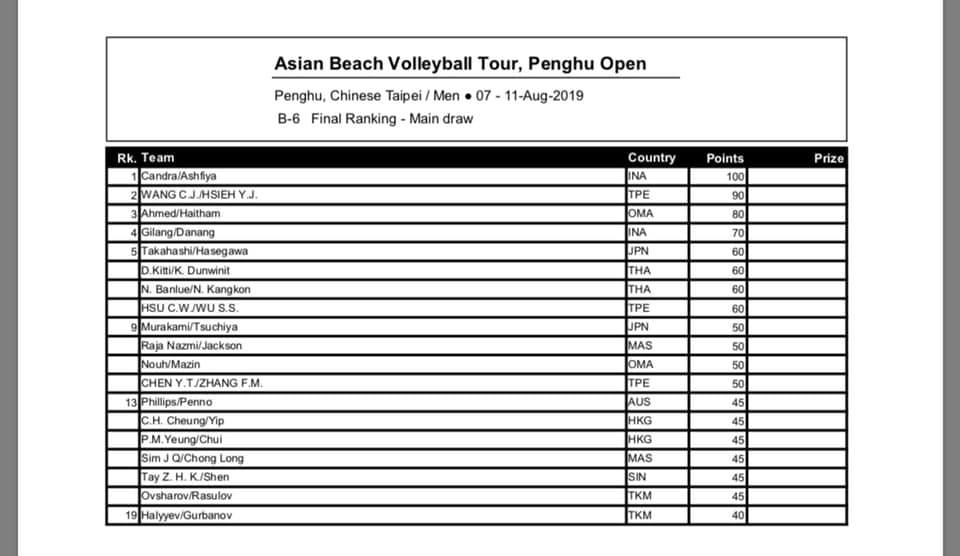 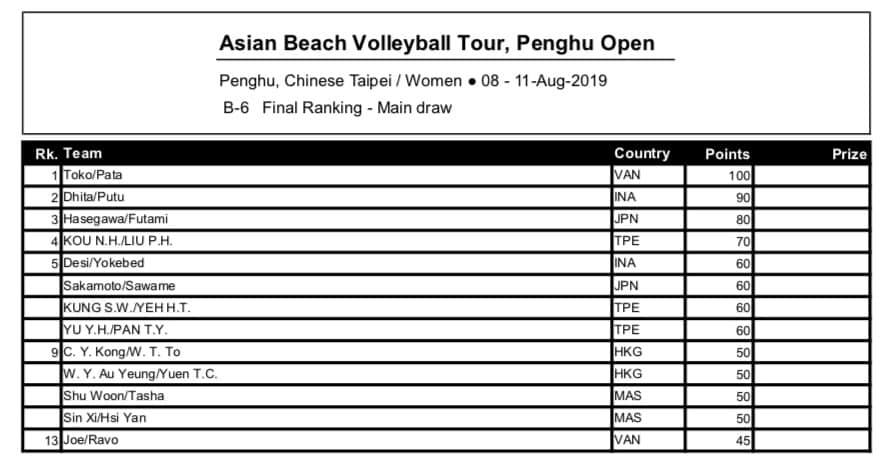