Bangkok, Thailand, July 28, 2021 – Japan went all-out for their three straight wins in the Tokyo 2020 volleyball tournament, but had their high hopes evaporated following their 1-3 loss to Italy in their preliminary Pool A clash at Ariake Arena in Tokyo, Japan on Wednesday. 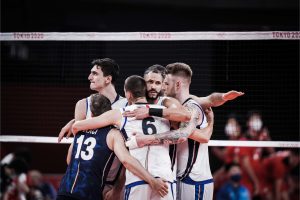 Japan, which beat hosts Italy 3-2 in the recent FIVB Volleyball Nations League in Rimini, had already captured two wins in succession in the Tokyo Olympic Games comprising a straight-set win against Venezuela and 3-1 victory against Canada, while Italy enjoyed their mixed fortunes in the first two encounters, getting their Olympic campaign off with a dramatic 3-2 win against Canada and losing in straight sets to Poland. 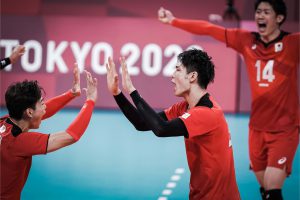 Against the Italians, silver medallists at the previous Games in Rio de Janeiro, the host side remained strong offensively with the likes of the three musketeers, ace spiker Yuki Ishikawa, strongly-built Yuji Nishida and rising star Ran Takahashi. 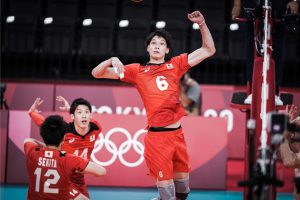 Italy made a confident start to the match to capture the first two comfortable sets 25-20 and 25-17.

The third set was more thrilling when both sides came up aggressively to be neck and neck. Italy set the pace, but the Japanese regrouped and hit back bravely which saw one point gap between the two teams continue until 17-all. After that, Italy set up impregnable wall, allowing the Japanese scoring difficulties. 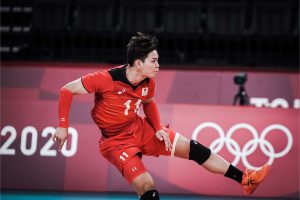 As Italy advanced to 21-19, Japan did not give up easily. Nishida became a constant threat from spike range and Ishikawa’s powerful jump serves and blocking ability proved a thorn in the Italy’s attacks. Levelling 23-all, the Japanese pulled their game together to bag two points in a row for the team’s hard-fought 25-23 win. 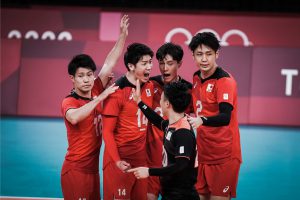 Their nerves began to fray in the fourth set and Japan became prone with unforced attacking mistakes. The momentum was with the Italians and they continued to put the host side under enormous pressure. Italy gained the upper hand initially to lead 8-1, stretched it to 19-16 and then 24-20. Japan saved one match point before Italy captured the set 25-21 and match. 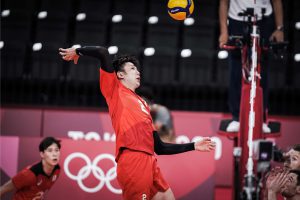 A daunting task awaits Japan on Friday when they will go up against Poland, reigning and consecutive two-time world champions and silver medallists at this year’s VNL, while Italy will play Asian winners Iran. 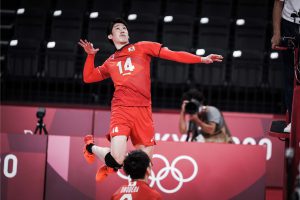