Kim Heejin was top scorer of the game with 18 points, including 12 spikes, 3 aces and 3 blocks, while her teammates Yang Hyo Jin and Lee Jaeyeong followed to contribute 15 and 13 points each. Captain Kim Yeon Koung was kept on the bench due to some injury. 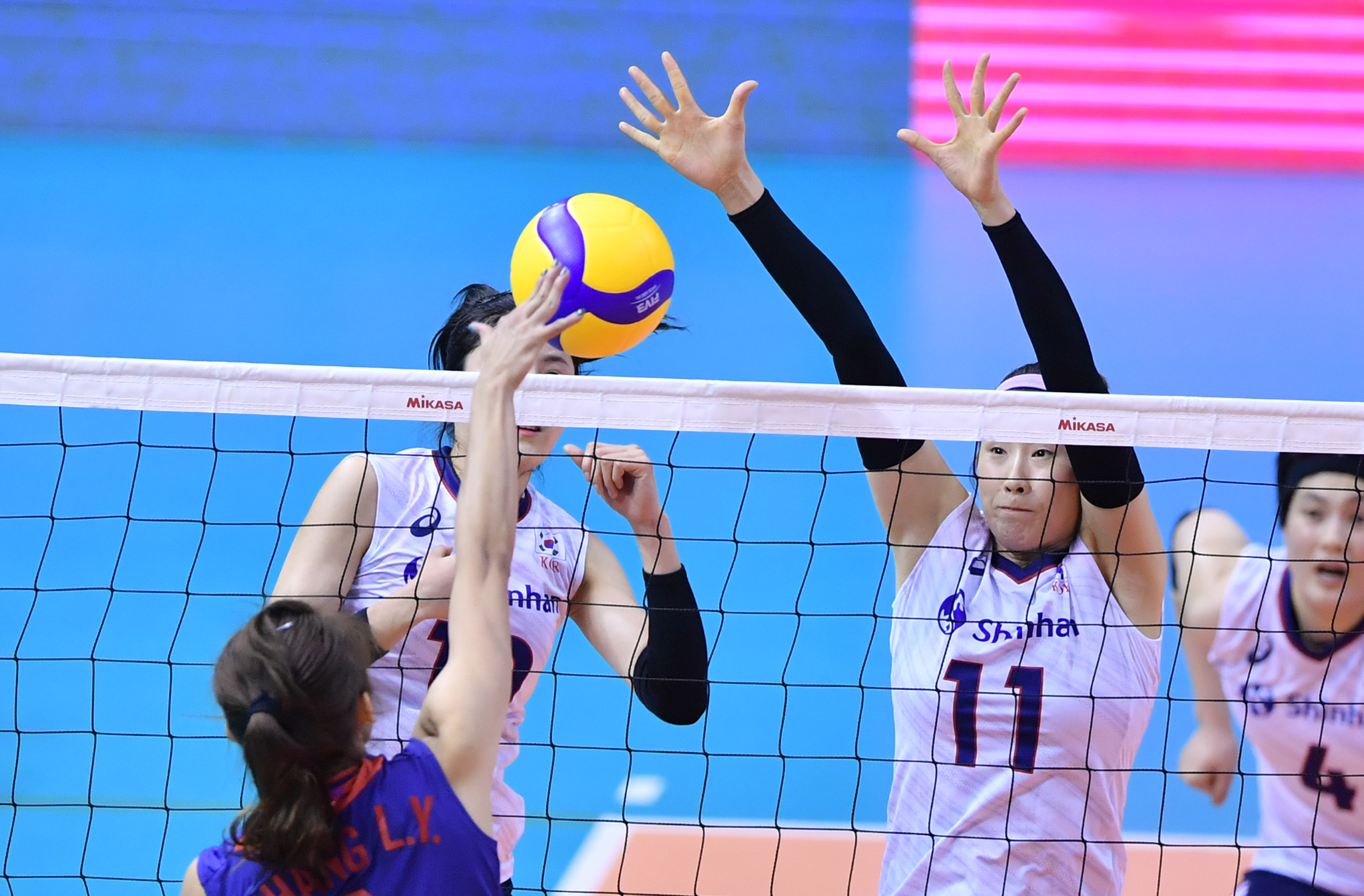 Both sides came into the do-or-die clash by exchanging attacks and blocks till 8-8. Chinese Taipei showed more their willingness to win by performing several dogged saves and reached a 11-8 lead following an ace. A timeout called by Chinese Taipei at 13-11 lead seemed to switch on their maximum-fighting mode and changed the situation. Initiated by Chen Tzu Ya’s service, Chinese Taipei launched a scoring wave to a comfortable 20-12 lead. Though Koreans blew back to 18-23, Chen Tzu Ya stopped their chasing steps and concluded the set in 25-18 with consecutive two spikes.

Chinese Taipei continued their momentum to start the second set with a 3-0 run following two successful challenges. However they soon seemed to run out their fuel at such a maximum-fighting mode and were stuck right there, seeing Koreans drive forward to a 15-6 lead with the combination of their destructive service and efficient first attacks. Only allowing three more points for Chinese Taipei, Korea took back the set in 25-9. 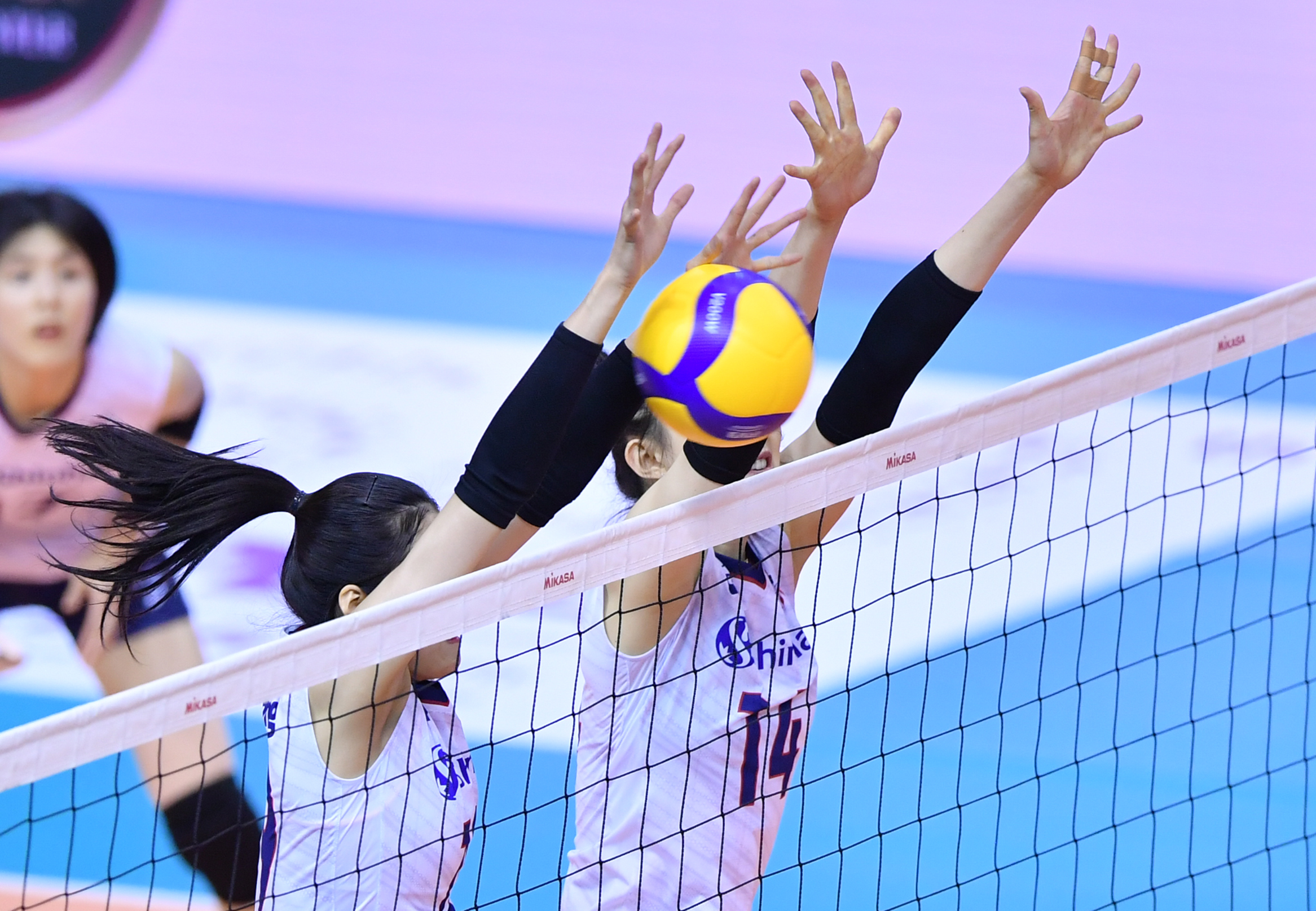 Korea kept firing into the third set, forcing Chinese Taipei to call an early timeout at 0-3 behind. Nevertheless, Chinese Taipei found no way to pounce back as their attackers were taken good care of by Koreans with their formidable blocks. Korea led all the way to capture another set win in 25-15.

The fourth set followed similar pattern as the third, seeing Korea gear up from 8-8 tie to a 25-14 win.

I think our serving worked very well in the first set. However,in the second and third sets our energy dropped. Our attacking was just too simple and not aggressive enough to challenge them, so it was easy for our opponents to block.” said Chinese Taipei captain Chang Li-Wen, who registered team-high 14 points.

“Actually today we played as we had nothing to lose. We started off very well in the first set after that the Korea team came up with their aggressiveness and they are more experienced than us. We have a young team but I hope in the future we can play in the final.” said Chinese Taipei head coach Koji Tsuzurabara.

important match. And when we started what we had planned to do, we became better and better. I had to tell my players to bring back their confidence as you know in the semifinal match you can expect a tough and long match.” said Korea head coach Stefano Lavarini.

“It was difficult to replace in Kim’s position today. It was very hard from the first set as Chinese Taipei pushed us really hard and it looked like the Thai fans cheered for them as well. But we talked to each other that we had to clamp down and focus on our strategy. I am very happy for the team victory.” said Korea player Kang Sohwi. 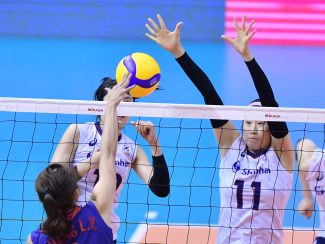 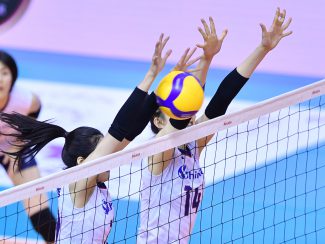 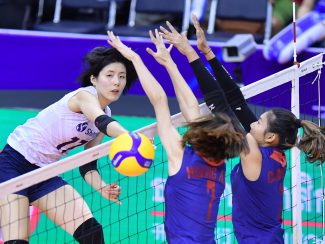