Louise Bawden is one of the rare cases of an athlete having competed at the Olympic Games as both a volleyball and beach volleyball player. After an impressive athletic career of high sporting standards that lasted over 20 years, the 40-year-old Australian is currently serving as a member of the FIVB Athletes’ Commission. The three-time Olympian is also an athlete ambassadors for the Believe in Sport campaign of the International Olympic Committee aimed at promoting integrity in sports. 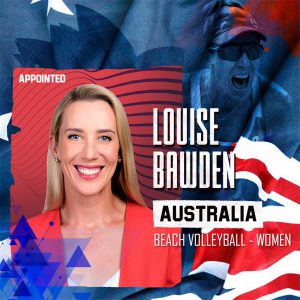 Born in Melbourne in the summer of 1981, Lou was only 19 years old when she made her first Olympic appearance at the Olympic Games Sydney 2000 at home in Australia. Three years after practicing the discipline on a volleyball scholarship at the Australian Institute of Sport, she made the national team selection for the Olympic Games.

After the Games, Bawden spent three years in the Netherlands and played professionally for AMVJ Amstelveen. With the national team of Australia, she took part in the 2002 FIVB Volleyball World Championship and a couple of editions of the AVC Asian Championship.

After earning her university degree in journalism, the 1.84m-tall Aussie started playing professional beach volleyball in 2009. In her very first season on the FIVB Beach Volleyball World Tour, Bawden made her first podium, winning silver at the Mazury Open in Poland with Becchara Palmer as a partner. Lou was named FIVB Top Rookie 2009.

Three years later, Bawden qualified for her second Olympic Games, this time on the sand, and she and Palmer played London 2012.

Later in her beach career, Bawden added two more World Tour medals to her showcase, a 2015 Porec Major bronze with Taliqua Clancy and a 2017 Sydney 2-star bronze with Nicole Laird.

In between these two podiums, Bawden and Clancy reached the quarterfinals of the Rio 2016 beach volleyball tournament, Lou’s third and most successful Olympic appearance. 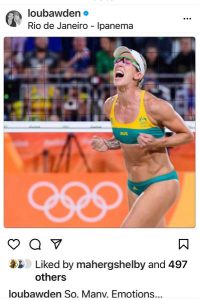 Bawden’s partnership with Clancy proved fruitful at the continental level as well. The Australian pair picked up as many as three titles at the AVC Asian Championships, in 2014, 2015 and 2017.

“While my career was not defined by the elusive gold medal, I am extremely proud of the progress I made as an athlete, the standards I held myself to, my commitment to learn and the reputation I built internationally as a hard worker and a fighter on the court,” Lou Bawden stated when she announced her retirement as an athlete in early 2018. 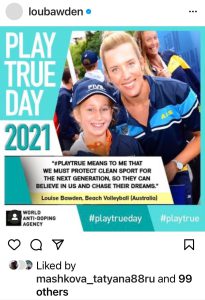 In March 2021, Louise Bawden was appointed to the FIVB Athletes’ Commission. Just a few weeks later, she and her fellow commission member, legendary Brazilian Giba, were nominated as athlete ambassadors for the IOC’s Believe in Sport campaign aimed at preventing competition manipulation and “ensuring the credibility and integrity of sport,” as Bawden herself put it. 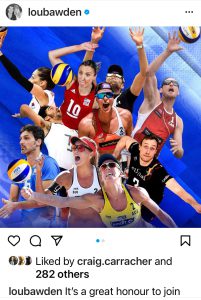