Defending two-time champions USA extended their winning streak at the 2021 FIVB Women’s Volleyball Nations League to eight matches, remaining the only undefeated team in the top-flight competition and still on full points with their sweep of Korea in Rimini, Italy on Monday. 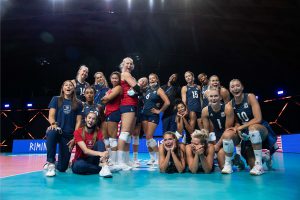 Korea, playing without superstar Kim Yeon Koung, proved no match against the much stronger USA, current No.1 in the FIVB world ranking, to go down in a totally one-sided affair 16-25, 12-25, 15-25. 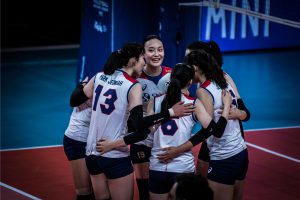 Haleigh Washington chipped in with 15 points including 7 attacks and 5 aces for the USA, while no one in the Korean side scored double digits, with Yuk Seoyoung and Pyo Seungju bagging 5 points apiece. 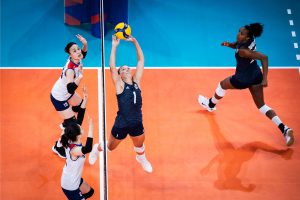 Korea’s Dahye Han said at the virtual mixed zone: “Since we knew that they are a very strong team we just tried to focus on having fun, but it was a really tough game. They served very strong and we couldn’t receive their serve well. It was the biggest challenge.” 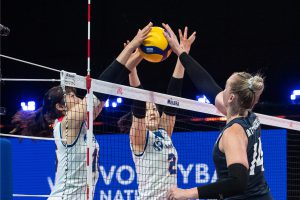 Haleigh Washington of the USA said: “I think we played very well as a unit, we were really patient, we were still ironing out the kinks. I think we did a really good job and also a great service pressure. I think that having aggressive serve and trying to keep them out of the system was key. They have a lot of good arms that are fast so as soon as we were getting over the net and seal the better it was.” 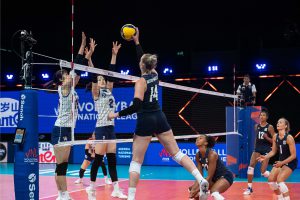