For Artacho del Solar and Clancy, Rosarito will be their first international competition since they won silver in Tokyo in July 2021.

With a solid pre-season in Australia under their belt, and a training block in Los Angeles leading into Mexico, the pair are ready and raring to go.

“The start of the year has been busy for us as a team – we had a great eight week training block where we worked extremely hard on our fitness, skillset, and game type which was awesome,” Artacho del Solar said.

“We’ve also just finished a week-long training camp in Los Angeles with other international teams and have now arrived in Rosarito hungry and ready to compete.

“We’re excited to be back on the world tour where we get to compete against the best of the best.

“Volleyball World and the FIVB have put in a lot of work to create the new tour and tournament structure, and the Challenger event in Tlaxcala was awesome to watch.

“We know Rosarito will be the same, if not better!” she said.

With the Birmingham Commonwealth Games only 127 days away, Artacho del Solar and Clancy said the World Tour forms an important part of their preparations.

“It’s going to be an awesome season this year – the World Tour will be busy and it’s a great way for our team to prepare for the Commonwealth Games,” Clancy said.

“The competition on the World Tour is always fierce, so it will get us in great shape once the middle of the year comes around.

“Our first goal is to finish on the podium here in Rosarito – it’s our first event of the season so we are excited to build on the great pre-season and training camp we’ve just had.

“Every team is here to win and there are so many talented partnerships that have just formed following the end of an Olympic cycle.

“In saying that, we are here to win just like everyone else – so it’s game on,” she said. 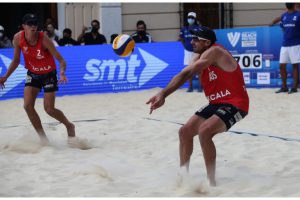 In the men’s competition, McHugh and Burnett are looking to continue the momentum they built in Tlaxcala last week.

“We’re really excited to have another opportunity to compete and can’t wait for the chance to qualify to the main draw again,” Burnett said.

“Last week’s performance gives us a lot of confidence, but we know that performance in Tlaxcala doesn’t guarantee performance here in Rosarito.

“We’ll continue to invest heavily in our team and our processes, and give ourselves the best opportunity to perform well again,” he said.

In what’s set to be their third international competition as a pair, McHugh and Burnett are using the opportunity to build a solid partnership, with their eyes on the ultimate goal of selection for the Birmingham 2022 Commonwealth Games. 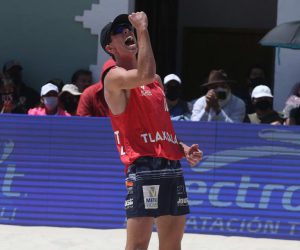 “I think the main thing we learned [from Tlaxcala] is that our aggressive style of game can be very effective against the top teams,” Burnett said.

“It’s also reinforced to us that we’re on the right track with how and where we want to be as a team.

“Now it’s just about continuing to build together, and taking our game to the next level,” he said.