The foundation stone for the construction of the Olympic Town was laid in Tashkent on November 9, with President of the Republic of Uzbekistan Mr Shavkat Mirziyoyev presiding over this auspicious ceremony. 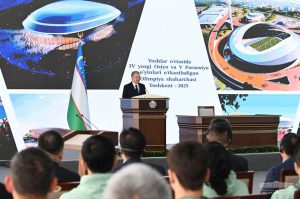 At the beginning of his speech, the head of state congratulated everyone on this historic event and spoke about the importance of the project. 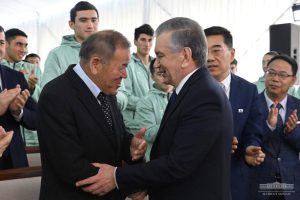 “In our country, extensive work is being done to popularize sports and support athletes.  In the last five years, nearly 4 trillion soums were allocated to the sports sector, 118 large facilities were commissioned and 110 were reconstructed,” he was quoted as saying. 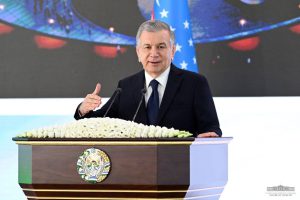 “The most prestigious of the upcoming events are the Asian and Para-Asian Youth Games. These competitions will be held in Tashkent in 2025. Young people from 45 countries of our continent will compete in around 20 sports,” he continued.

“The cost of this project is more than 289 million dollars, while the area of ​​the town is 100 hectares.  A 10,000-seat athletics and football stadium, 6 indoor and 7 outdoor sports facilities, a water sports palace, a bicycle track, martial arts, team sports complexes, and a volleyball sports palace will be built here.  It should also be said that the complex is not empty after the competitions. 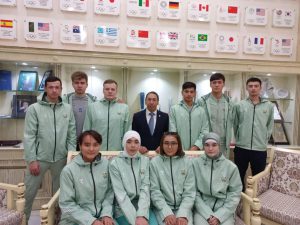 “Later, the Ministry of Sports Development, sports federations and the State Sports Academy of Uzbekistan will start operating here.  Our compatriots will also be able to play sports in the complexes.” 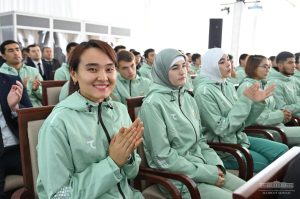 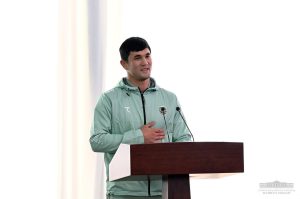 With the foundation stone being laid, it is expected that after the completion of the construction site, AVC volleyball competitions can be organised at the volleyball sports palace in Tashkent.