Quang Ninh, Vietnam, May 17, 2022 – Thailand, fielding the new young blood team for the first time in this tournament, overcame a sturdy challenge from hosts Vietnam to pull off a dramatic four-set win for a step closer to the final showdown of the 31st Southeast Asian Games Volleyball Tournament at the packed Quang Ninh Gymnasium on Tuesday. 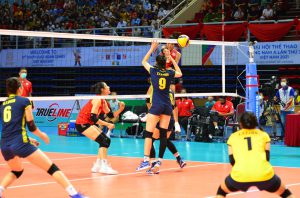 An estimated 5,000 spectators thronged into the competition venue on Tuesday to watch one of the highly-anticipated clashes between defending and 14-time champions Thailand and Vietnam. After losing to Thailand in the final showdown for nine times in the previous SEA Games, Vietnam have their sights firmly set on beating Thailand for their unprecedented title in the SEA Games on home soil. 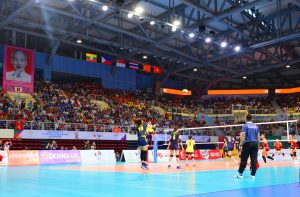 Both teams collected similar 6 points from two straight wins in the single round-robin preliminaries, but Thailand stayed atop the standing with better set ratio. The Tuesday’s match between them was their third in the preliminaries, but could be well-proven who is the stronger. 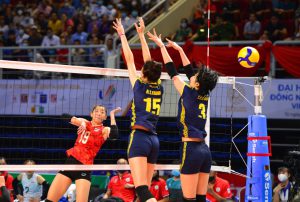 Led by a brilliant all-round performance from Chatchu-on and Ajcharaporn, Thailand surged away to win the thrilling first set 25-18 in strong fashion after a series of thrilling rallies that had the cheering crowd on its feet. 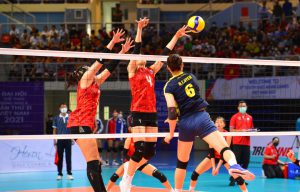 The second set turned sour for the Thai side as they started slowly and were errors-strewn as an energetic Vietnam came up with back-to-back attacks. The Vietnamese team delighted home fans with the dominant 25-14 win against the strong visitors. However, thailand’s superb net play continued to strangle the rivals and they clinched the third set 25-17. 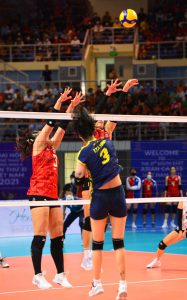 In the fourth set, Thailand excelled in attack and led commandingly with a 3-point clear at 22-19, but their concentration temporarily dropped to allow the rivals back into it. The Vietnamese positioned themselves well for the counterattacks as Tran Thi Thanh Thuy and Nguyen Thi Bich Tuyen unleashed some sharp attacks in the tough-looking set to reduce the margin 22-23. Still, Thailand had enough in their tank to hold them off, allowing the tough rivals only one more point to capture the closely-contested set 25-23 and match.

Chatchu-on Moksri weighed in with a huge 29 points including 25 attacks and 2 aces for Thailand, while Ajcharaporn Kongyot and Pimpichaya Kokram added with 16 and 11 points respectively. Tran Thi Thanh Thuy scored 21 points on Vietnam’s losing effort.

With the sensational win, Thailand now have 9 points to remain atop the 5-team standing with three wins in a row, while Vietnam bagged 6 points from two wins against one loss. However, Thailand still have one match remaining against Malaysia, while Vietnam will play their last preliminary clash against Philippines. Both teams still look certain of making the cut for the final showdown. 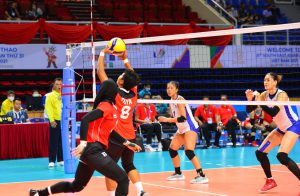 Five teams are contesting the single round-robin preliminaries, with only top two teams fighting it out for the eventual title. The third- and fourth-ranked sides will renew rivalry in the third-place playoff. 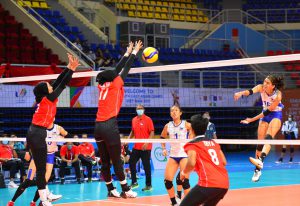 In the men’s event, defending and 10-time champions Indonesia spent only 52 minutes in seeing off bottom side Malaysia in a totally one-sided affair 25-12, 25-11, 25-13. The Indonesians captured the top spot in Pool A with 9 points from three straight wins and secured a semifinal berth. They will next take on the team finishing second in Pool B, either Thailand or Cambodia, in the semifinals. 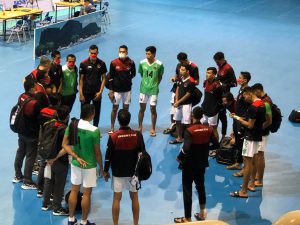 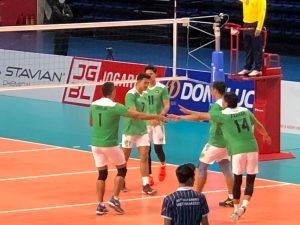 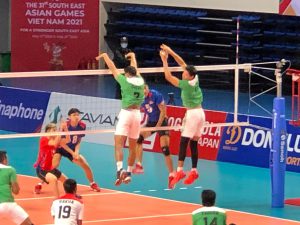 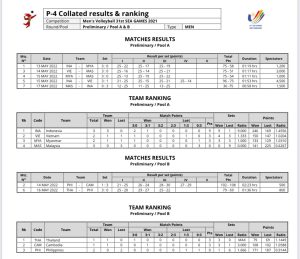 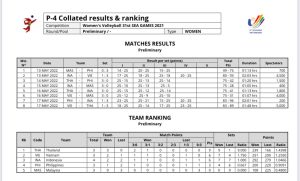