Nanchang, China, January 3, 2023 – Defending champions Tianjin and Shanghai will clash for the title of the 2022-23 Chinese Women’s Volleyball Super League after posting 2-0 wins in the best-of-three semifinals in Shangrao, Jiangxi province on Tuesday. 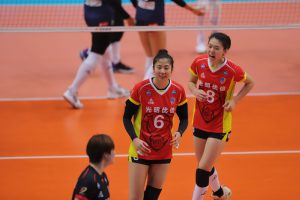