UNBEATEN THAILAND, CHINA, INDONESIA THROUGH TO THE ROUND OF 16 AT ASIAN U21 BV CHAMPIONSHIPS

Home » UNBEATEN THAILAND, CHINA, INDONESIA THROUGH TO THE ROUND OF 16 AT ASIAN U21 BV CHAMPIONSHIPS
By KanzIn
BEACH VOLLEYBALL NEWS Slider

Strong teams continued their remarkable run on Saturday to dominate their pools at the completion of the pool round-robin preliminaries and advance to the round of last 16 teams.

In the men’s event, Thailand remained invincible to top Pools A and E, while China claimed their top spot in Pools B and F. Pools C and D were dominated by Kazakhstan and Australia respectively, with Indonesia topping Pools G and H.

On Saturday, top seeds Phanupong Thanan/Phichakon Narathon of Thailand 1 made it to the next round as Pool A winners as they claimed two straight wins in the pool round-robin preliminaries including a walkover from Japan 2’s Goto/Hayashi, who were forced to withdraw from the match as they earlier suffered from heat stroke.

However, the Japanese duo also moved to the next round as they finished second in the Pool. 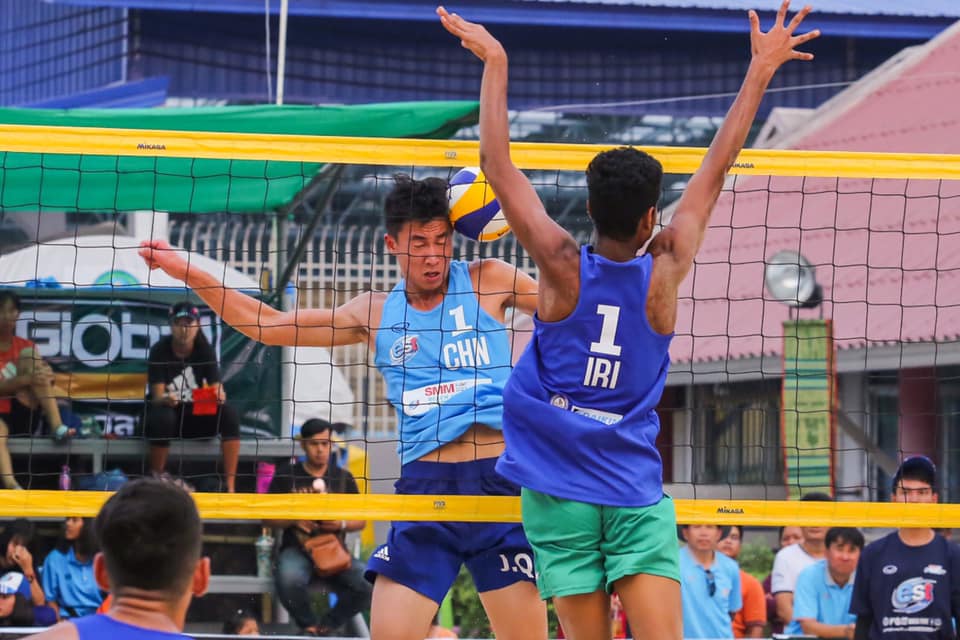 Second seeds Abolhassan Khakizadeh/Amir Malmir could not go the distance in this top-flight competition as the Iranians finished third in Pool B. Three teams in this Pool had the similar performance with a 1-1 record, but China 1’s Liu Jingqui/Xu Yuan fared better to capture the top spot, followed by Pakistan’s Afaq/Zarnab.

The Iranians did not start well in this tournament as they lost in straight sets to Pakistan’s Afaq/Zarnab in their first match, but they revived their fortunes to beat Jingqui Lui,Xu Yuan of China 1 in thrilling three setter 20-22, 21-16, 17-15.

“Unfortunately, we lost our first match against Pakistan, but this game against China we feel more relaxed and have more time to rest. That is why we won,” said Abolhassan. 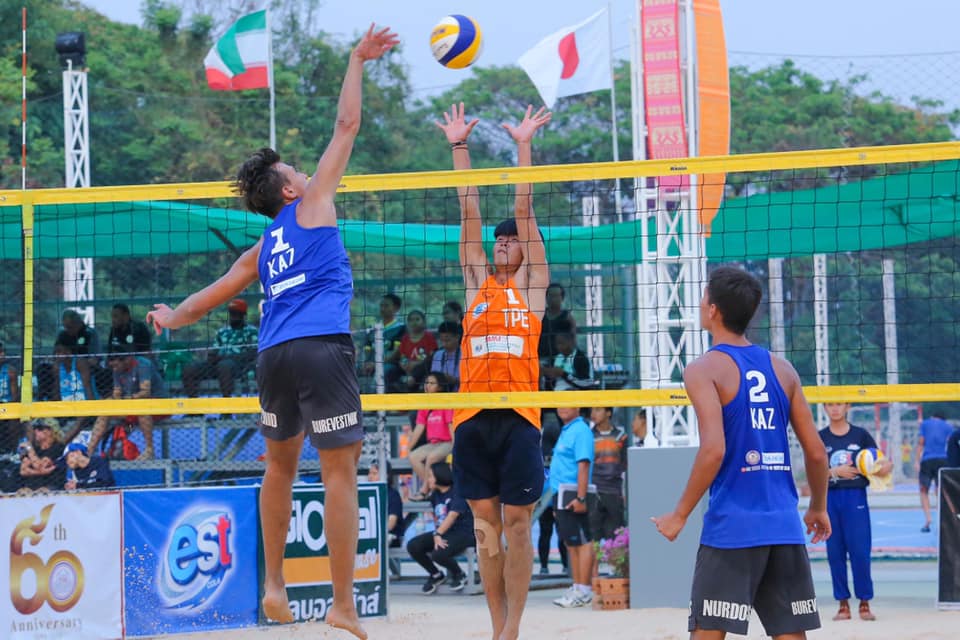 Indonesia’s two pairings, Daffa/Neng and Yosi/Dimas were also devastating to make a clean sweep of victories in their Pools G and H respectively. 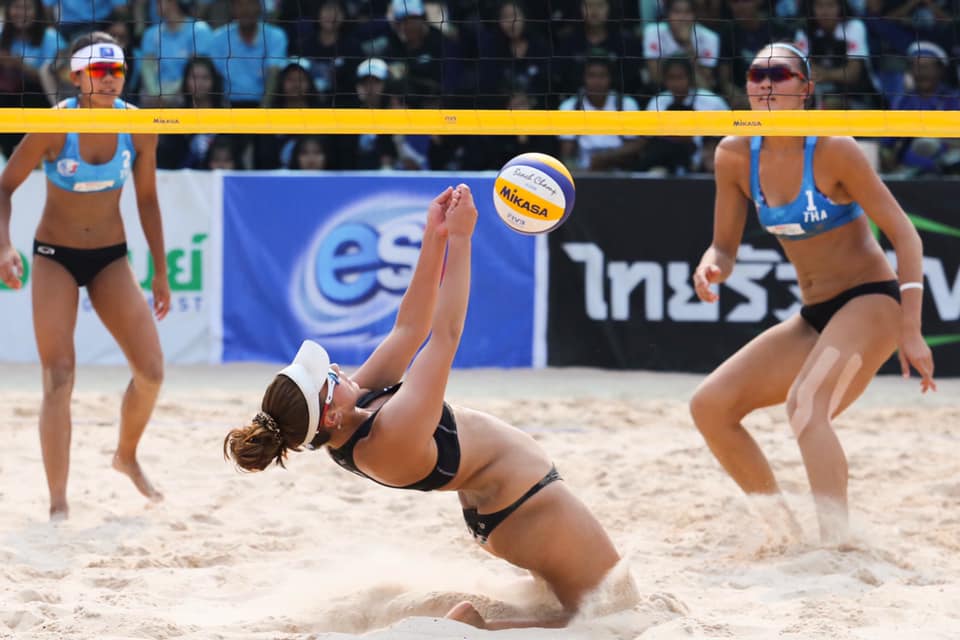 In the women’s event, top seeds and home favorites Chanthira Khanok/Yodsaphat Pakham remained in dazzling form when they won both Pool A encounters including a 2-0 (21-16, 21-13) victory over New Zealand’s Allison-Carnie/Clarke on Saturday.

“We still have something to adjust a little bit as we have yet to get used to conditions of the competition courts,” said Chantira.

“We also have to improve our first ball reception and have to be more precise. We will bring our experience that we have played against experienced players in the World Tour to adapt for use here. I hope we will have an improvement,” she added.

“I am very happy to get two victories in a row but I think we can play better than this,” said Thatsarida.

“Today, it’s quite windy which gave us difficulties to control the ball. The courts here are quite good and the sand is also soft which suits our playing style. We have yet known who will be our rivals in the next round, but we will try our best.”

According to the match schedule, the Thai duo are due to next take on Kazakhstan’s Ukolova/Rubilko in the round of last 16 teams on Sunday.

The four-day competition continues on Sunday with the round of the last 16 teams starting at 8:30am local time, followed by the quarter-finals in the afternoon. The semi-finals and finals will take place the following day.