The Volleyball Nations League (VNL) 2022 is set to return this May with 16 of the world’s best women’s and men’s teams competing across the world for the coveted VNL title.

The VNL 2022 will be the first major inter-continental event since the Olympic Games Tokyo 2020 to feature the world’s top national teams in action, including reigning women’s Olympic and VNL champions, the USA, men’s Olympic champions, France, and men’s VNL title-holders, Brazil.

No doubt the USA women’s national team will be looking to continue the world-leading run of form that saw them take VNL 2021 gold and emerge as Olympic champions last year in Tokyo. The team has topped the podium at every edition of the VNL since the event debuted in 2018, and one of the key questions for this year will be whether they can retain their perfect record for a fourth straight year. 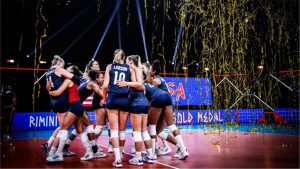 Meanwhile, the Brazil women’s national team, will certainly be vying for gold to better their silver medals from the VNL and Olympic Games last year. The women’s competition will also feature Tokyo 2020 bronze medallists, Serbia, last year’s VNL bronze medallists, Turkey, and powerhouse teams from Asia such as China and Japan.

In the men’s edition, France will be looking to capitalise on their historic Olympic gold with a strong performance at the VNL 2022. In last year’s edition, the team took their first-ever bronze medals but will no doubt be feeling capable of even more this year. 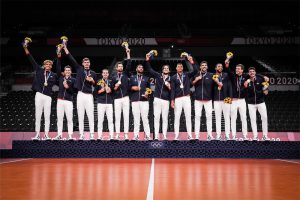 For the winners of the VNL 2021, Brazil, this year’s edition will be an opportunity to bounce back after the team just missed out on a podium finish in Tokyo. In addition, the VNL champions of the 2018 and 2019 editions, Russia, will certainly want to get back on the VNL podium ahead of hosting the FIVB Volleyball Men’s World Championship 2022. 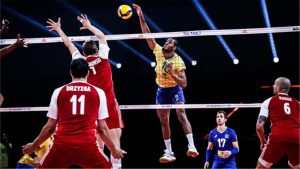 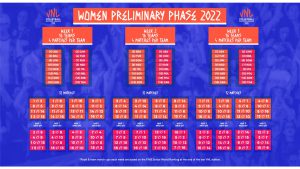 This year’s edition will also return with a new, dynamic format https://en.volleyballworld.com/news/new-volleyball-nations-league-format-announced which includes teams competing in pools of eight teams, and the top eight teams per gender, including the host, then moving to the final knockout phase of the competition. Not only will fans have more opportunities than ever to catch their favourite stars in action, the new format will allow both genders to play over the weekends to reduce travel and increase promotional activities. 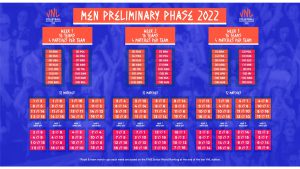 All matches will be broadcast on Volleyball TV https://www.volleyballworld.tv/login as well as domestic broadcasters (check local guides).