Bangkok, Thailand, March 10, 2020 – Growing concerns over the Covid-19 outbreak has led to the postponement of the 2020 Asian Men’s Club Volleyball Championship, which is due to be held in Nakhon Ratchasima, Thailand from April 18 to 25.

Since its outbreak in China last December, the novel coronavirus had claimed more than 4,000 lives and over 114,000 people were globally infected with the fast spreading disease. In light of the severe situation worldwide and Asia in particular and to best preserve the health and safety of players, officials and fans, the annual tournament has been postponed to August 10-17, 2020.

Organisers Thailand Volleyball Association and hosts Nakhon Ratchasima have sent official letter to AVC, asking for the postponement of the topflight competition over fears of the deadly virus. The governing body eventually came to a decision to call off the tournament and has already circulated letter of postponement to all participating teams.

According to the initial schedule, the 2020 Asian Men’s Club Volleyball Championship is set to be held between April 18 and 25, 2020 in Nakhon Ratchasima, Thailand. This will be the first time in 20 years for the country to host this topnotch tournament since Suphan Buri first organised it in 2000.

A total of 15 teams including an additional host side have confirmed participation in this championship, which will be held simultaneously at The Mall Korat Shopping Mall’s MCC Hall and Terminal 21 Shopping Mall’s Terminal Hall. The Mall Korat has already served as main venue for major competitions including the 2002 FIVB World Grand Prix Pool D, the 2017 Asian Women’s U23 Championship and the FIVB Girls’ U18 World Championship in 2009, while Terminal 21 Hall became the battleground for the four-a-side 2019 Asean Grand Prix.

Further updates will be forthcoming when more information comes to hand. 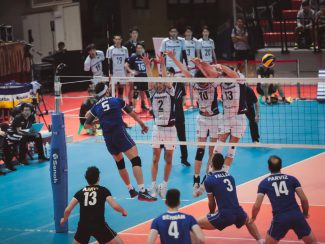