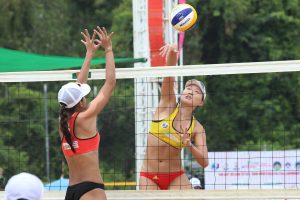 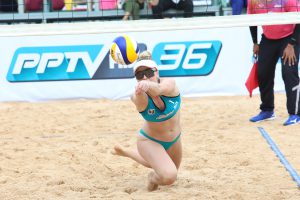 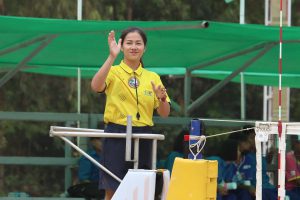 All participating teams competed their last match in the pool round-robin preliminaries in the Thursday morning, after which top two teams from each pool advanced to the round of last 16. 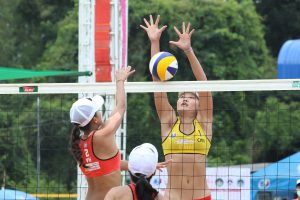 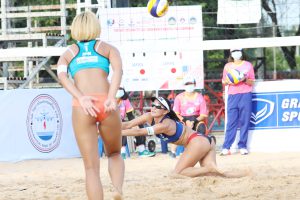 In the Thursday afternoon’s round of last 16, top teams remained on course as they lived up to all expectations to power past the lower-ranked opponents and secure their places in the quarter-finals. 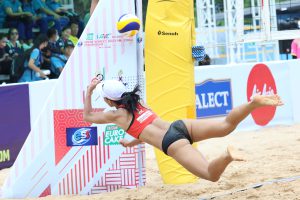 Zeng and Wang set up a Friday’s all-Chinese quarterfinal clash against Xia and Lin, allowing only one Chinese pairing to make it through to the semifinals, set to be held in the afternoon on the same day. 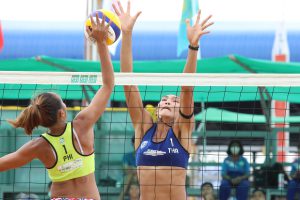 Thailand 1 and defending champions Worapeerachayakorn and Taravadee also proved their class against Rodriguez and Eslapor to cruise past the Filipinas 2-0 (21-7, 21-14). The local hopefuls will next go up against New Zealand 1’s Polley/Zeimann, who finished joint fifth at the AVC Beach Tour Roi Et Open last week, in the quarterfinals. The Kiwis pulled off a comfortable 2-0 (21-11, 21-13) triumph against Kazakhstan 1’s Rachenko/Ukolova in the round of the last 16. 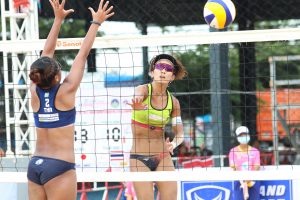 In-form Ishii and Mizoe will next play Australia 2’s Rio de Janeiro Olympian Laird and Bell, who made their way through Roi Et Open to the semi finals, but just fell short against the Japanese duo. Laird and Bell saw off Thailand 4’s Patcharaporn and Jidapa 2-0 (21-13, 21-16) in the round of the last 16. 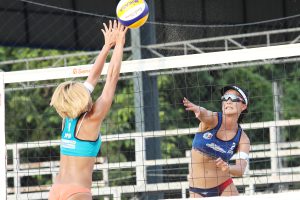 Japan 2’s Akiko and Yurika produced a comeback 2-1 (14-21, 21-19, 15-9) win against Japan 3’s Ren and Non to next face off with Australia 1’s Clancy and Mariafe, silver medallists at the 2020 Tokyo Olympics and 2022 Commonwealth Games in Birmingham. The superb Australian pairing made their return to international competitions for the first time since they won silver at the Commonwealth Games in August. 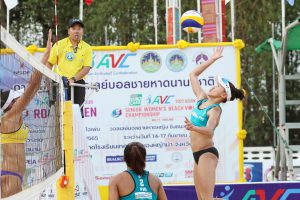 In their round of last 16 on Thursday, Clancy and Artacho Del Solar, who had already made it two in succession in the Asian Senior Beach Volleyball Championships consisting of 2018 in Satun, Thailand and 2019 in Maoming, China, put it past fighting Philippines 1’s Rondina and Pons in thrilling battle 21-17, 21-17. 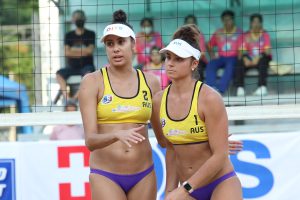 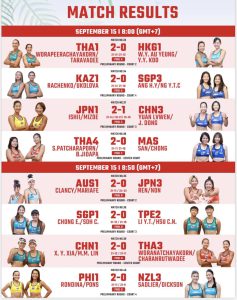 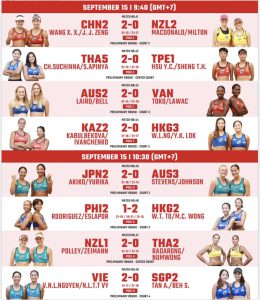 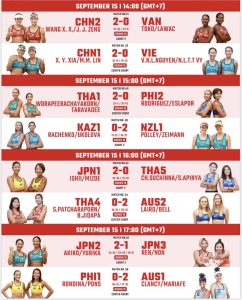 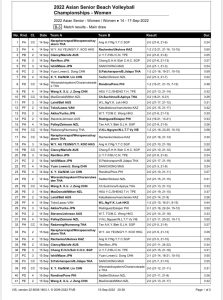 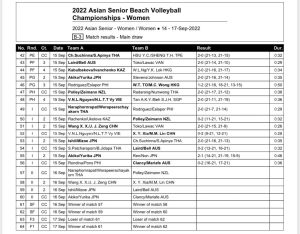 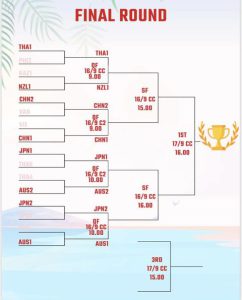