Nakhon Pathom, Thailand, August 6, 2022 – Eleven accompanying referees had been announced by AVC to officiate at the 2022 AVC Cup for Men, due to be held at the 4,000-seater Nakhon Pathom Provincial Gymnasium here from August 7 to 14. 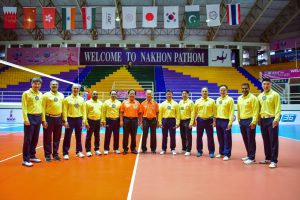 A total of 11 strong teams will strive for their success in the topflight eight-day competition. They consist of Australia, Bahrain, China, Hong Kong China, India, Iran, Japan, Korea, Pakistan, Thailand and Chinese Taipei.

Referring to the decision made at the 2016 AVC Board of Administration Meeting, all NFs sending their teams to participate in any Asian Volleyball Championship must each submit three international or candidate referees to AVC in order that the AVC Referees Committee, chaired by Mr Songsak Chareonpong, will thoroughly consider before making a final decision whom from each participating team will be named the team accompanying referee. 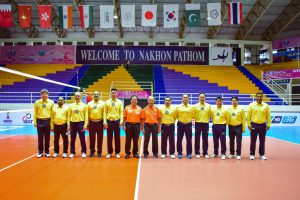 Ahead of the competition, the AVC Referees Committee announced all accompanying referees who will officiate at the 2022 AVC Cup for Men here. They are as follows. 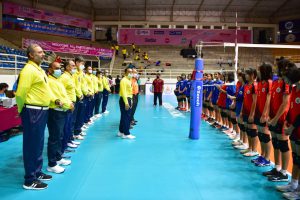 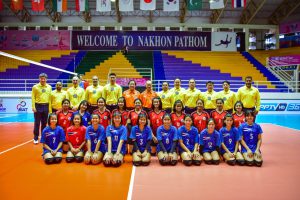 Later in the practical part of the Referee & VIS Clinic in the afternoon, those who attended the theoretical session earlier will officiate at a match performed by two demonstration teams. This was to improve the quality of officiating while all of them are on duty during the matchdays.

Satisfaction could be made over the referees’ capabilities as they put in a very good performance during the clinic. This can heighten the level of the 2022 AVC Cup for Men in terms of the referees’ decision-making and their performances.