HONG KONG, CHINA ALL SET FOR AVC CUP FOR MEN 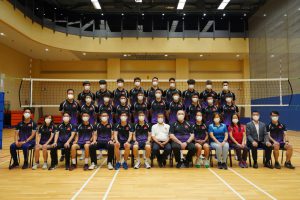 Captain Siu Cheong Hung did not participate in the Asian Men’s Volleyball Championship with his team in Japan last year, so he is looking forward to this competition. He mentioned, “when there was no pandemic in the past, we had at least 1 or 2 international competitions every year; but in recent years, we seldom had competitions both locally and internationally. This time, I feel like I have just joined the senior men’s team again.” He also said the preparation of the team was ideal, “The team has had three to four training sessions a week before this competition, along with fitness training twice a week, and some of the teammates spared their own time for extra training. We have more chances to practice compared to previous competitions.” 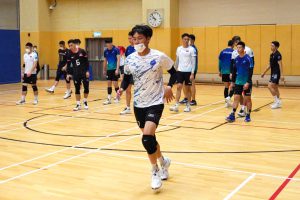 He said they are well prepared for the competition with support from the coaching team, the fitness coach team, and the CUHK Sports Medicine Team. He also appreciated VBAHK for the various arrangements and materials support. Hong Kong, China team will face hosts Thailand in the first match of the preliminary round. Siu said that the Hong Kong, China team was able to win a set against Thailand in the Asian Senior Men’s Volleyball Championship last year, and they hope to win two more sets and even bring some impact to Hong Kong, China. The team aims to win in the preliminary round and get the best possible results.

Eleven teams will participate in the AVC Cup for Men, including the host Thailand, Hong Kong China, Korea, Iran, Pakistan, Japan, Australia, India, Chinese Taipei, China and Bahrain. Starting on 7 August (Sunday), the teams will be divided into four pools and play in a round-robin format. The top two teams from Pool A and C will advance to Pool E, and the top two from Pool B and D advance to Pool F. With the results of the preliminary round retained, Pool E and F will continue to compete in the round-robin. The top team will play against the second team in Pool E, and F will contest for the Final spots.