Bangkok, Thailand, May 7, 2022 – Asia’s top teams of young and talented players confirmed their participation in the 14th Asian Women’s U18 Volleyball Championship in Thailand, as AVC unveiled the competition schedule on Saturday. 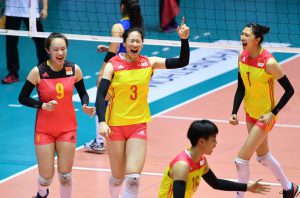 The top-flight championship in Nakhon Pathom, the qualification tournament for the 2023 FIVB Volleyball Girls’ U19 World Championship, is set to take place between June 6 and 13, 2022, with 11 strong teams striving for success in the eight-day meet and vying for four berths on offer for the next year’s World Championship.

As young players appear to be highly motivated and committed to deliberate practice, achievement and competitiveness, the championship with the turnout of potential wonderkids is expected to be one of the AVC’s most-watched this year. It will not only promise closely-contested encounters, but also the emergence of new talents who will look to shine in the future world-class competitions. 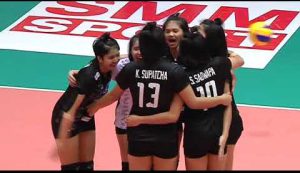 According to the unveiled competition schedule, all participating teams have been split into Pool A and Pool B. Uzbekistan, Korea, Australia, Iran and hosts Thailand are in Pool A, with Pool B comprising Japan, China, Chinese Taipei, Philippines, India and Kazakhstan.

Five matches will be held each day, with the first match commencing at 9am local time and the day’s last match at 7pm.

On June 6, the opening day of the biennial championship, Australia will take on Iran in the first clash, followed by the next two matches between Kazakhstan and Chinese Taipei and Philippines and India. The host outfit will kick off their campaign against Uzbekistan at 4.30pm, with China and Japan facing off in a highly-anticipated encounter at 7pm. 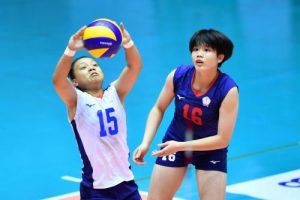 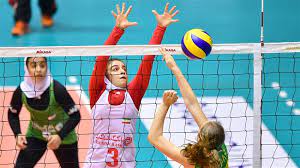 And as a result, the adjustment, which will take effect only in the women’s age group category, also got the nod from the AVC Board of Administration to follow the FIVB age group categories to avoid any difficulty this may cause.

Earlier, the 14th Asian Women’s U17 Volleyball Championship was due to be hosted by Uzbekistan on the same dates, but due to some unforeseen reasons, Nakhon Pathom has replaced Tashkent as the host city of the eight-day Championship, also adjusted to Asian Women’s U18 Championship as approved by the AVC Board of Administration.

The 2020 edition was originally scheduled to be held in Nakhon Pathom, Thailand, but was cancelled due to grave concerns over the COVID-19 pandemic. 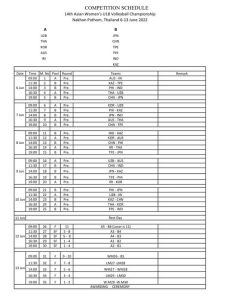