Nakhon Pathom, Thailand, August 5, 2022 – With only two days away before the 2022 AVC Cup for Men will kick off at the 4,000-seater Nakhon Pathom Provincial Gymnasium here, preparations moved into top gear on Friday with teams actively arriving in the host city and joint meeting between Control Committee and local organisers being held to ensure that all is set ahead of the official commencement on August 7. 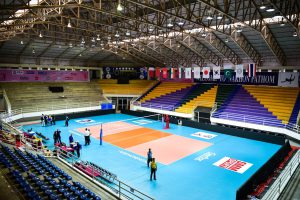 As the 2020 edition of the AVC Cup for Men due to be held in Nay Pyi Taw, Myanmar was cancelled following grave concerns over the COVID-19 pandemic, AVC got the biennial tournament back on track this year with the 2022 AVC Cup for Men set to be held between August 7 and 14. 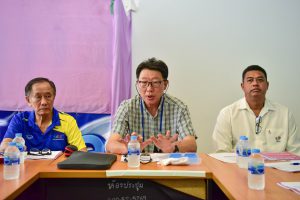 To re-examine relevant activities ahead of the kickoff of the tournament, the joint meeting was held on Friday at the meeting room inside the competition site. Control Committee President and Technical Delegate Dr Eom Han Joo from Korea and AVC Coordinator Mr Shanrit Wongprasert, himself AVC Executive Director, jointly presided over the meeting. 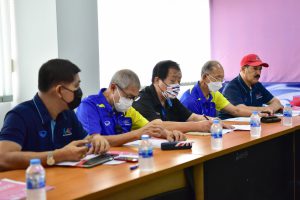 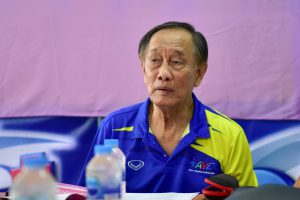 AVC Shanrit, speaking on behalf of AVC President Mrs Rita Subowo, delivered his welcome speech to everyone joining the meeting, citing that the match schedule has already been revised and confirmed following the withdrawal of Kazakhstan. 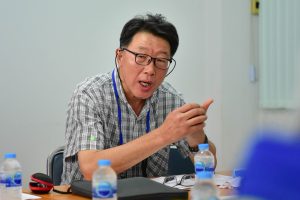 After that, CC President Dr Eom, himself Chairman of the AVC Sports Events Council, informed all the meeting attendants of the relevant matters and activities to take place later on Friday and the following day.

He first introduced Control Committee Members to all participants before talking about the overview of the contents in the Competition Handbook apart from conditions of the main competition venue at the Nakhon Pathom Provincial Gymnasium and the second hall at Rajamangala University of Technology Rattanakosin in neighbouring district Salaya as well as Q & A between CC and local organisers. 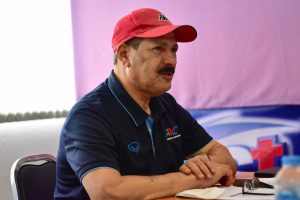 Additionally, roles and responsibilities of Control Committer Members had been informed individually to make sure everything related to the preparation tasks will run smoothly without any problem before and during the competition. It has also been confirmed that any player testing positive for COVID-19 will have to be immediately isolated and when to end isolation is based on the recovery and the negative result of COVID-19. 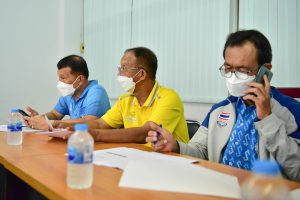 With many overseas journalists confirmed and a large number of local media expected to cover the AVC Cup for Men at the competition site, Dr Eom discussed some important media working operations inside the venue, particularly the press seats, post-match interview at the press conference room. Furthermore, since the General Technical Meeting and the Official Press Conference will not be conducted in accordance with considerations for public health and the preventive measures for COVID-19, the brief interviews to staff coaches will be conducted during the preliminary inquiry at Mida Grande Hotel Dhavaravati Nakhon Pathom, the athletes’ hotel, on Friday evening.

Mr Shanrit later informed the meeting about the other important matters including the transportation to serve for the shift work of Control Committee Members and referees during the competition days, the confirmation of 11 strong teams in this tournament as well as the match and training schedules. 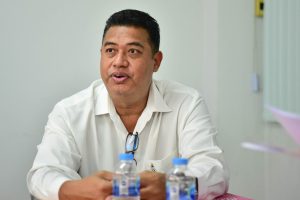 At the end of the joint meeting, AVC Secretary General Mr Kiattipong Radchatagriengkai, speaking on behalf of AVC President Mrs Rita Subowo, expressed his sincere thanks to Thailand Volleyball Association to host this topflight tournament in Nakhon Pathom, Thailand. He also thanked all AVC staff for working hard to make this tournament happen and wished the 2022 AVC Cup for Men in Nakhon Pathom a great success in terms of organisation and all participating teams’ performance. 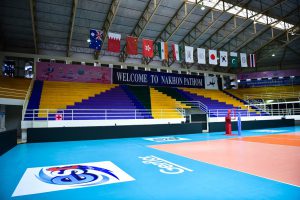 After that, all CC Members and the organisers jointly inspected the competition site at the Nakhon Pathom Provincial Gymnasium. The second hall and training sites had also been inspected thoroughly by Dr Eom and Mr Shanrit. 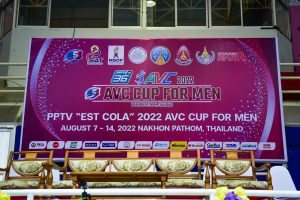 Mr Shanrit expressed his satisfaction over the host city’s preparation, citing that it is now under control and expected to get things completely done ahead of the matchdays. 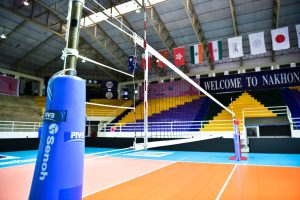 Meanwhile, 10 participating teams have already arrived in the host city and are due to attend the preliminary inquiry according to the schedule suitably stipulated by the Control Committee. Only the India team are expected to arrive on Saturday morning.

Teams started their training to make themselves best-prepared for the competitive competition, with some teams making it a stepping stone for their productive preparation for the FIVB Volleyball Men’s World Championship later this month in Poland and Slovenia.