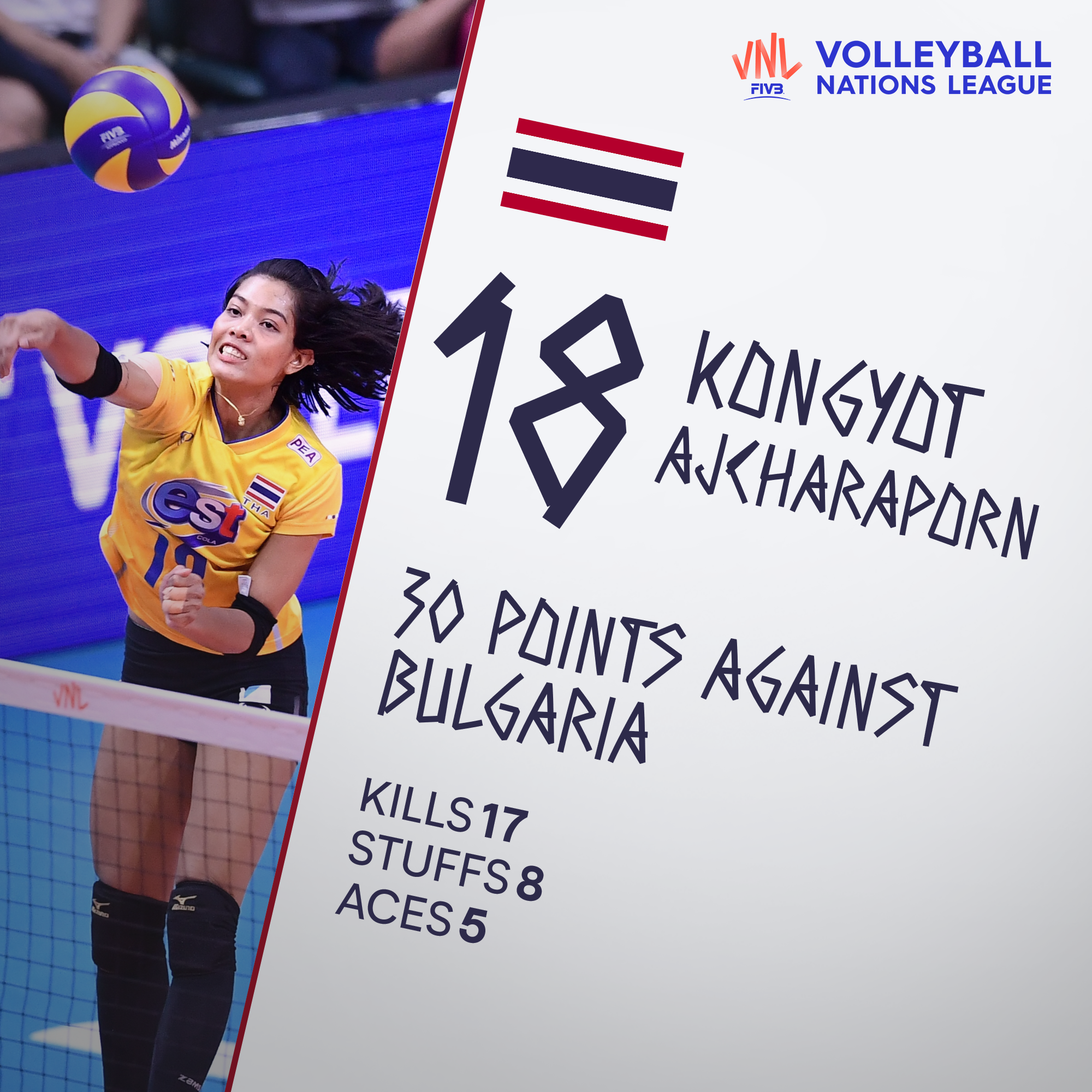 She is the first Thai player to join the exclusive list of scorers. Earlier this season Poland’s Malwina Smarzek (three times) and Italy’s Paola Egonu (once) had also scored 30 points or more in a single match – including Smarzek’s all-time high of 41 against Bulgaria last week. 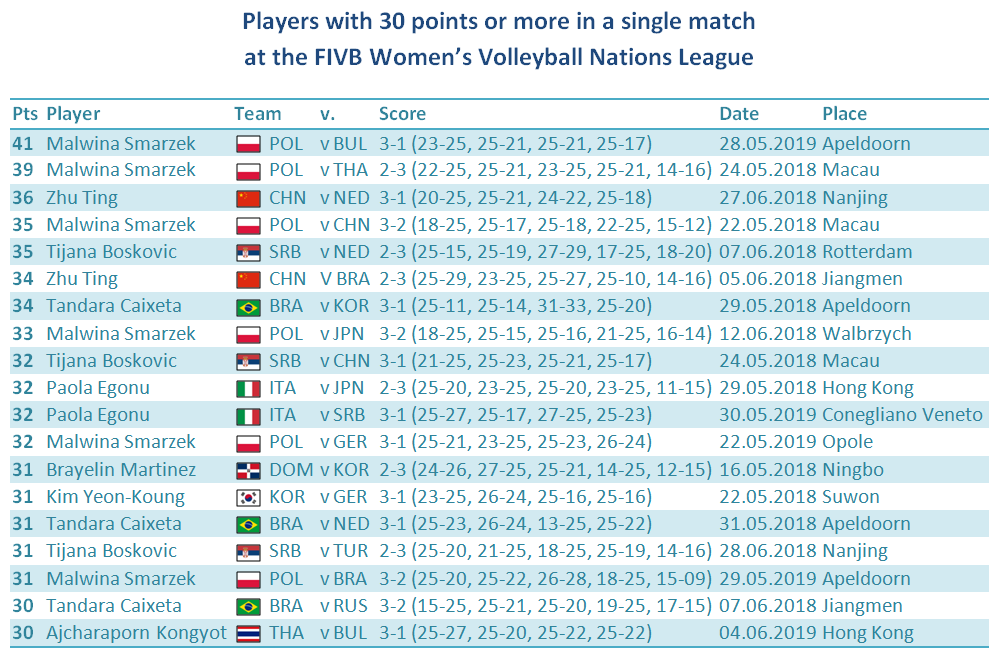 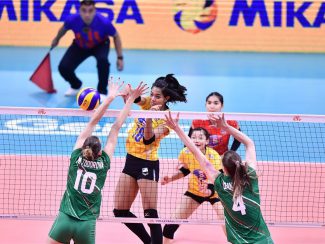