Al Adaam performed brilliantly in the thrilling final showdown against Al Nojoom, cruising to an impressive 2-0 (21-13 21-18) victory over the fighting opponents for a prize money of QR40,000.

Meanwhile, Al Maha, fielding some of the national team players, reigned supreme in the women’s event following their 2-0 win against Al Amal in the final clash.

The maiden edition of the QOC Beach Games came to a fruitful conclusion at the Aspire Park on Saturday with the winners being crowned in a glittering ceremony in the presence of Qatar Olympic Committee and various Federation officials.

As many as 500 men’s and women’s athletes participated in four sporting disciplines – beach football, beach handball, beach volleyball and 3×3 beach basketball – for a total prize money of QR470,000 in what has been considered a legacy event of the ANOC World Beach Games 2019.

Present at the awards presentation were Qatar Olympic Committee Secretary-General HE Jassim al-Buenain, Qatar Volleyball Association President Ali Ghanim al-Kuwari, and other officials from the QOC and various federations. 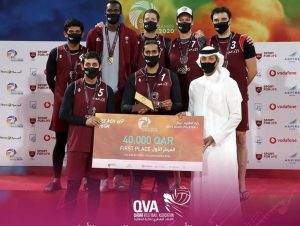 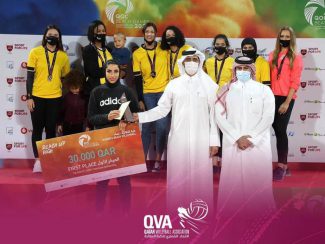 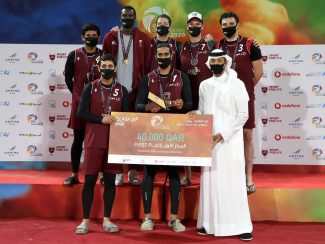