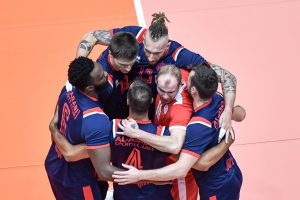 Brazilian Felipe Bandero chipped in with 26 points for Qatar’s Al-Arabi Sports Club including 21 attacks from 42 attempts, while Sergey Rezanov led Burevestnik Almaty of Kazakhstan with 24 points including 20 attacks from 33 attempts. 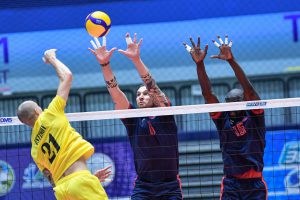 Spearheaded by powerful Sergey Rezanov, Burevestnik made a solid start and caught fire shortly after that. With Mikhail Ustinov and veteran Vitaliy Vorivodin attacking spectacularly at the wing, Burevestnik clinched the comfortable first set 25-15. 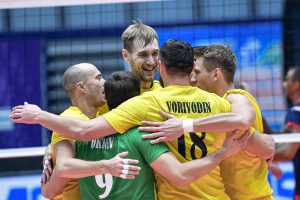 With one set down, Al-Arabi Sports Club came back much stronger at the beginning of the second set. Felipe Bandero and Serbian Konstantin Cupkovic were in devastating form as they joined forces in penetrating the Kazakh defence with powerful attacks to help Qatar take a 16-11 lead, widen the gap and held firm to clinch the set in the same fashion 25-15. 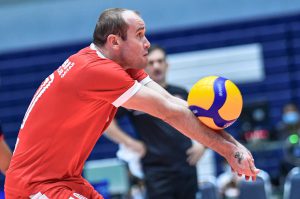 As the Qataris were riddled with several unforced attacking mistakes in the third set, the Kazakh rivals grabbed the chance to counter-attack and block effectively to advance 21-12 and went on to win the set with the similar margin 25-15. 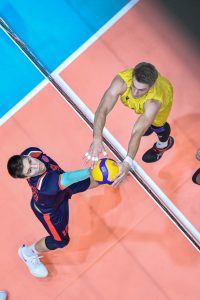 The fourth set was more thrilling with both sides trading points through attacks, blocks and serves. Felipe Bandero remained the key force to be reckoned with as he tore the Kazakh’s defence apart with his exceptional skills. The closely-contested set saw the Qataris hold their nerves to bag the last two points for the narrow 28-26 win in the set. 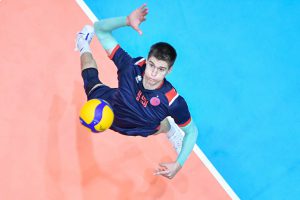 Both teams shone through their exceptional form in the decider. Though putting up an aggressive fightback, Burevestnik found the rivals uncatchable and the substitution could not turn the tide for Burevestnik. Al-Arabi Sports Club went on to win the set 15-9, match and a final berth. 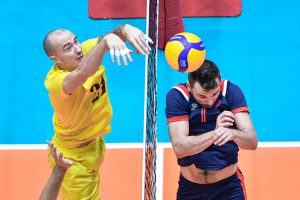 “It was a dramatic match and tough as well. They challenged us a lot. Congratulations to my team for fighting very well. I am happy that we are in the final,” Argentinean Juan Cichello, head coach of Al-Arabi, commented after the match. 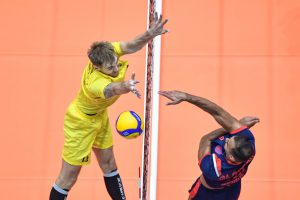 Regarding the tomorrow’s final match, he said, “I wish good luck for both Nakhon Ratchasima and Sirjan Foulad Iranian but the latter are a very good team. They beat us in the pool. They know how to play volleyball at a high level. I hope the Iranians reach the final to set a rematch with us. Iran is a country of volleyball and I love them.” 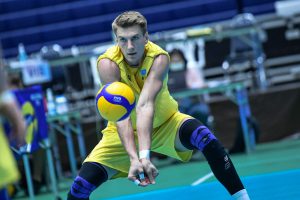 For Al-Arabi Sports Club, the Friday’s showdown will be their fifth final in the Asian Men’s Club Championship. They had already entered the final in 2010, 2012, 2015 and 2016 and captured the Asian Club title in 2012 in China after stunning hosts Shanghai Tang Dynasty 3-1 in the showdown. 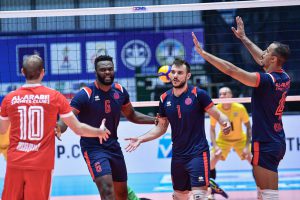