Tehran, Iran, May 18, 2021 – The press conference of the senior men’s national head coach of Iran, Vladimir Alekno, took place at Olympic Hotel in Tehran on Tuesday morning and was broadcast live on Sports TV and available on IRIVF YouTube live streaming. 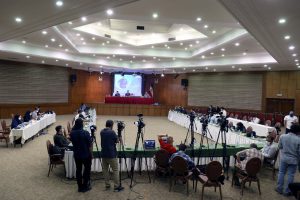 Russian Vladimir Alekno answered to all the questions of the press members. Forty journalists attended the press conference, while all the health precautions and safety measures had been applied. 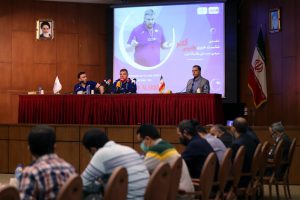 “Iran team is powerful and ready to face any opponent without fear. I have chosen Iran because I badly needed to experience my fourth Olympic presence with this strong team and I hope I can get a good result out there,” Alekno mentioned the main reason behind this decision.

“The Iranian senior volleyball officials were very welcoming and they comprehended my situation and busy schedule before I could get into Iran in a proper way,” he continued. 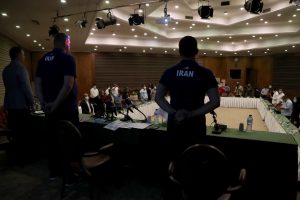 Regarding the 2021VNL, the first upcoming official tournament for the Iranian team, Alekno said: “It’s a difficult mission to guarantee the podium. However, I will use my full measure to fulfil the IRIVF’s goals that I have honor to work for. In my last 25 years of career, I have never made such a kind of promises.”

“My working style is surely different from the one while in Russia. Iran and Russia are two different teams. Apart from physical practices, I am also working on the team’s mindset. My team favour a good status technically and I hope I can develop the team mentality. For me, that is more important to make players think by themselves than allowing the technical side to let them know,” he commented. 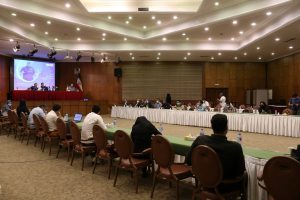 Alekno added: “In Kazan, I had coordinated well with Saeid Marouf, who was playing with Zenit Kazan VC at that time, and collaborating also made me achieve various titles.” 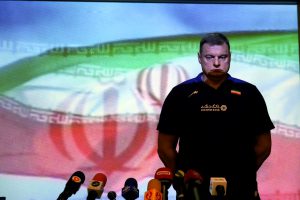 In terms of the opponents Iran will face in VNL, he believed, “Most teams would enter the VNL with their main players except Italy. This is a decision made among staff coaches. Since less possibility to hold friendly matches is likely, the 2021 VNL is, therefore, a good chance for all participating teams to get ready for the Olympic Games and teams should take this tournament as a good opportunity to evaluate their team performance and make themselves best-prepared for the Olympics.” 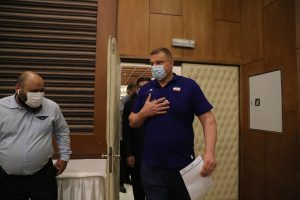 In response to match schedule of the VNL, he said, “Eight matches of Iran are due to take place in the morning and truly speaking, that is not fair. However, there is no opportunity to complain about it and we have to adapt ourselves with the given situation. We will try to turn crisis into an opportunity as in the Olympic Games, most of our matches are in the morning session and I think that is a good practice for the team.” 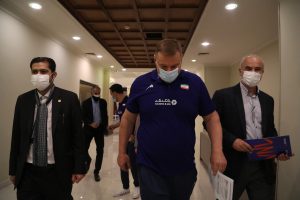